Kate Rolfe explains how RADA and Curzon Cinemas are working together to encourage their respective audiences to broaden their cultural experiences. 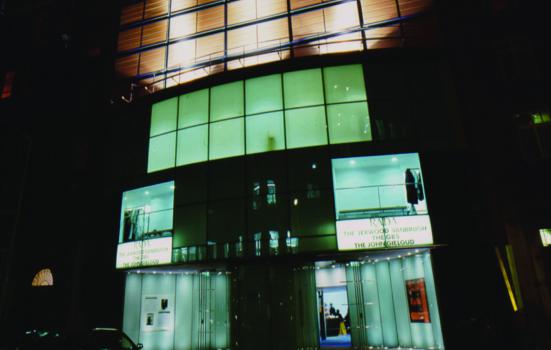 Royal Academy of Dramatic Arts (RADA) is keen to widen awareness that everyone is welcome to visit the Malet Street theatres for productions, play readings and a range of other events throughout the year. With the launch of our new cinema in the Jerwood Vanbrugh Theatre there was a prime opportunity to reinvigorate the life of the Academy with new audiences, and in Curzon Cinemas we found the perfect organisation to team up with to encourage film fans to try a new cinematic experience.

Since September RADA and Curzon Cinemas have been working together on a programme for the Academy’s public cinema, The Screen @ RADA. With a mission to unite art, education and entertainment, the programme aims to present new audiences with art forms and experiences that they might not have considered before, such as showing a live theatre broadcast to an avid documentary fan, or encouraging a young aspiring actor to watch a classic film they have not heard of before. Theatre and film are not worlds apart, and the two sectors can work together to enrich the cultural experiences of their audiences and sustain the work that the industry can produce.

As a charity, we strive to find new, innovative and collaborative means for supporting the tuition in acting, directing, script writing and theatre craft that the Academy has offered for over 108 years. By receiving new audiences to our venues, we are able to engage more people in the benefits of performance and technical theatre training, either as participants or as consumers of the arts. We hope to use collaborations like this to inspire a new generation, who can contribute to supporting the cultural industries in this country by taking an interest in our theatres and drama schools.

With Q&A screenings, educational workshops and a range of films available to watch, Curzon and RADA will be working together to create something a little different, something designed for the public but which also benefits the students training here. It’s an interesting balance but one which will continue to generate valuable opportunities for all involved.
While the collaboration officially began in September with the launch of the first Curzon programme at The Screen, the two organisations began working together earlier on various projects, eager to get started with what might truly be ‘a beautiful friendship’ (to quote Casablanca). With tweets, competitions and articles being regularly shared between the two, Curzon and The Screen @ RADA are already seeing the benefits of this collaboration, with their audiences showing a high interest in each other’s work, and finding that industry practitioners are keen to get involved in the screenings the organisations are working on together. A great example comes from back in May, when The Screen hosted a Q&A screening with Mike Leigh and Lindy Hemming talking about the role of costume in film. The turnout was great and RADA was delighted to see so many Curzon members in attendance who seemed to enjoy the combination of trying out a new venue and getting access to such informative and inspiring speakers, both of whom are RADA graduates.