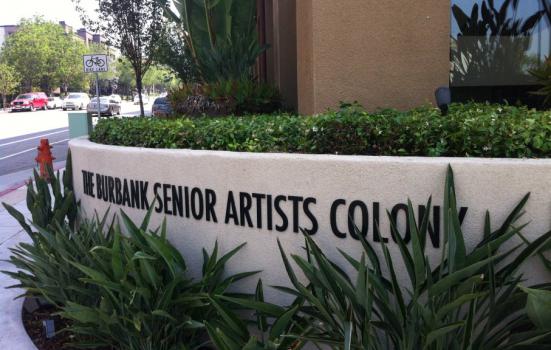 Earlier this year I visited senior theatre movements in New Orleans, the Bay Area of California, Oregon and Ohio, with the intention of developing a senior theatre programme in Wales upon my return. Friends and colleagues in the US had made me aware of a vibrant senior theatre scene which seemed to motivate and inspire older people in a much more dynamic way than in the UK. As it turned out, the questions of identity and a sense of being part of a movement assumed a greater significance as my travels progressed.

While in New Orleans I attended the Senior Theatre USA Festival which took place in the Harrah's Casino Hotel. While at the festival I met with members and organisers of many of the major organisations working in the field of senior theatre in the USA and I was also able to take an active part myself. I accepted the offer of playing a major part in one of the plays to be performed, and took advantage of being able to see the senior theatre movement from the inside. I also took part in several festival workshops which enabled me to work with some of the prominent figures in the senior theatre movement and draw first hand on their talent and experience, and to make a formal presentation and lead a discussion group on the work of the Gwanwyn Festival of arts for older people, where I am the artistic director.

I met many older actors, writers and directors who were proud (and I do mean proud) to be called seniors and to be a part of a movement called 'senior theatre'. I met those who said that theatre was “... just what they love to do” and that it “... gives me a reason to get out of the house” or that it “... reminds me I'm still alive”. For them the senior label did not seem to matter. Maybe they think of themselves as old, or maybe not.

These people choose to be a part of something that enriches their lives and to belong to a movement called ‘senior theatre’. To identify themselves with the label ‘old’ is an active decision for them alone. The issue of language to be used in connection with people who have lived a long time is not an easy one to deal with. It is a minefield. Maybe to describe it as a grenade with the pin out would be more accurate, because the ageing population is probably the only growth industry we have at present and the issue is one with which we should rightly be concerned. In recent years we seem to have settled on referring to 'older people'. Fair enough, that seems to be deemed better than the term ‘old age pensioner’ or OAP. But why is that? My grandfather wore the term 'pensioner' as a badge of honour. He worked for the same firm in the docks of London for many years and had served his time and earned a pension (albeit small) from his employer. The right to call himself a pensioner had a meaning for him. In recent years we have begun to live longer and the system of social security set up after the second world war can no longer take the strain. Occupational pensions (if they exist at all) are inadequate and unreliable for most and the thought of living on the state pension provision provokes fear in most of us.

So what should we call this ever increasing proportion of our society, particularly the creative individuals we work with in the arts? Does it matter? In the US they have been grappling with this for a while. In the brief time I was there I encountered the following terms: seniors, elders, the elderly, experienced, mature, the ageing community (can someone tell me which part of a community is not ageing?), the gray majority and the silver set! I asked a number of older people how they felt about being described as 'seniors'. Most did not mind or care too much as long as the term did not come bundled with connotations of sickness and dependence. Therein is the key perhaps. It is not about the words we use to describe older people and what they do, but the way we use those words. When I arrived I felt unsure about the term ‘senior theatre' but I feel less concerned now. If you have a better way of describing this diverse and complex group of people that form such an increasing proportion of our society I would be pleased to hear it.

While in Burbank, California I visited the Senior Artists Colony – a custom-built apartment block where older people with a creative side to their nature choose to live. The facilities are amazing and it might be easy to assume that, because it is in California, all those who choose to live here are wealthy. Not true, as a proportion of the residents receive support from state funds. They advocate for themselves and petition for changes where necessary. Sessions that take place in the colony (do not make the mistake of calling them activities!) are often run by the residents and where outside expertise is needed it is bought in and is of the highest quality. The residents choose to live this way and they love it. You could say that this is a real example of a place where the creativity of older people can thrive. Yet there are those at the colony (including staff) who wonder if they were right to give the colony the label 'senior' as it might be seen to put off potential residents from the younger end of the age range who might not like the association.

The debate about the language of the work we do with older people in the arts is going on in the US and we should be part of that debate.

Philip Thomas is Manager of the Gwanwyn programme of arts and creativity for older people for Age Cymru.
www.ageuk.org.uk/cymru