Measuring wellbeing – no place for the arts and culture?

If cultural activity is to be at the heart of future government agendas, it is vital now that the cultural sector starts to shout loudly about the contribution made by the arts to personal wellbeing. Hilary Jennings urges the arts sector to get behind the campaign and respond to the consultation. 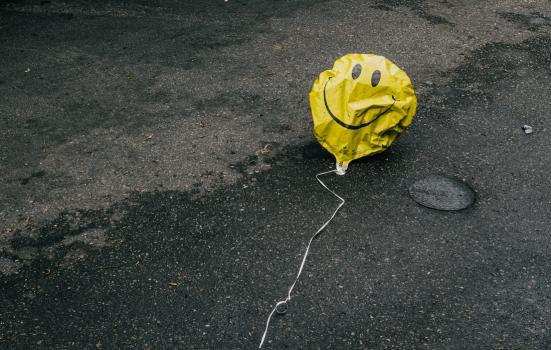 The Office of National Statistics (ONS) is currently consulting on the first set of national wellbeing measures and myself and others at the Happy Museum Project and Play’s the Thing were shocked to see that the current proposals do not include specific measures relating to arts and culture.

Where is the DCMS?

No reference to the arts

The current consultation presents the first step in the development of domains (aspects of wellbeing) and headline measures of national wellbeing and is published to obtain the public’s views. In respect of Overarching Domains for collection of data, the arts, culture and heritage are referenced only obliquely within ‘an individual’s engagement with leisure activities outside work’ and 'access to communal 'facilities''. The result is that when it comes to actual measures emerging from these headline indicators there is very little material reference to the arts. Culture and heritage are referenced under the ‘Where we Live’ heading where the ONS indicates that: '[despite this area] being raised in the national debate... we have not proposed headline indicators’. We think this needs to be reconsidered.

The current proposals were developed from the responses to the national debate, research into wellbeing and international initiatives. We understand that in the 34,000 public responses to the previous consultation there was little mention of culture – and the arts and cultural sector hasn’t shouted up loudly enough to compensate.

The case for inclusion

The New Economics Foundation’s Centre for Wellbeing identifies that wellbeing is one of most important aspect of our lives, as individuals and as societies. But despite unprecedented economic prosperity in the last 35 years we do not necessarily feel better individually or as communities. Data shows that while economic output in the UK has nearly doubled since 1973, levels of happiness have remained flat. Beyond a certain level of income and material stability, more money has a negligible and even negative impact on the quality of our lives. Meanwhile 81% of Britons believe that the Government should prioritise creating the greatest happiness, not the greatest wealth.

The sense we gained at a recent presentation at the House of Commons by the current Cabinet Secretary, Gus O’Donnell was that once implemented the measurement of wellbeing will have a significant impact on the design, targeting and impact of policy making across government – in which case the absence of proper measurement of arts, culture and heritage would be disastrous. As Sir Gus himself said in his presentation ‘if you treasure it, measure it’.

We know that there must be a great deal of existing evidence and research out there around quality of life, wellbeing and engagement in arts, culture, creative and heritage activities – do the arts need to gather together the existing evidence to back our case?

Act now - before it's too late

The consultation will close on the 23rd January 2012 and the responses will be used to further develop the domains and headline measures. ArtsProfessional in partnership with Play’s the Thing and the Social Arts Network are working on a coordinated response – more details early in January.

In the meantime please do spread the word to all individuals, organisations and networks in the arts and cultural sector – the more people are aware of this issue the more likely that the response from the sector will be heard.

Hilary Jennings is an associate of Happy Museum Project. Details of the consultation can be found here.