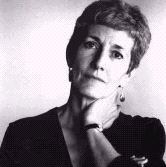 Baroness Genista McIntosh is the Executive Director of the Royal National Theatre and has been Chair of the South London advisory group for Common Purpose. She is currently a trustee of the Civilia Foundation, Common Purpose?s international arm.
She describes Common Purpose as ?? the best network I have ever come across. Not a network in the common career-furthering sense but a network of shared interest ? working together to really tackle and solve common issues and problems. Being involved with Common Purpose has extended the reach and depth of my knowledge, in a way nothing else I have ever attempted has managed to.?

Through being chair of the south London advisory group Genista McIntosh met Cyril Chantler, Principle of the Guy?s King?s and St Thomas?s Medical School. It was through this connection that they came to discuss the possible use of drama and theatre techniques as tools to train doctors. The end result is ?Theatre of Debate?, a programme run by the Royal National Theatre including: medical students, writers, young people and professional actors. The programme looks at current issues within the medical community and proved an opportunity for arts and medical practitioners to work together and produce a number of plays dealing with issues of medical ethics.

Genista feels that this is a prime example of where Common Purpose is able to develop leaders with wider perspectives. ?Traditionally leadership has been about command and control. Common Purpose shows us that in complex social organisms, such as big cities, any leader needs a complex set of skills. Emotional intelligence and an understanding of how you, and those around you, fit into in the bigger picture or the ?pattern? of the social fabric are recognised as essential. In effect this means that having a better understanding of the challenges facing your colleagues or employees or competitors enables you to be a more effective leader. Understanding a wider context to all aspects of your own and your company?s life can help you to plan more accurately and anticipate change, developing with it rather than fighting it. It gets you out of a bunker mentality.

Common Purpose?s premise is very simple but very effective. People are truly changed by its work as they are shifted out of the comfortable complacent sense of knowing what is going on. It is a personal journey that can have a profound professional effect. All senior staff have set habits and prejudices and preconceptions: forced outside of their own territory they see the same problems but from a different angle. It definitely makes people more valuable as they have a far greater ability to see the bigger picture.?