Cultural Strategy - Pinning down a cloud

If I were to sum up my experience of producing a cultural strategy, I would say it was like trying to pin down a cloud. A very lovely cloud, with a blue sky behind. These documents are nebulous to say the least, says Sue Lawther. 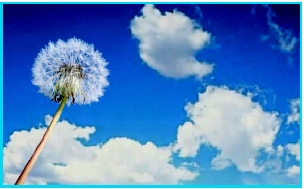 Reading the guidance literature was like driving in the fog with your headlights on full beam, achieving both illumination and confusion at the same time. I read it again and again desperately looking for the bit that I had missed the first time, the crucial paragraph which would suddenly make it all real. Of course, I never found it and if anyone has I would really like them to show it to me. But perhaps that is the point. A cultural strategy will never be produced in quite the same way as a crime and disorder strategy. But the process of developing a strategy, the discipline that is required to produce something real and tangible, with a foreword, an action plan and a summary, is good for us. One of the problems we arts professionals have faced (and still do) is prejudice and lack of knowledge about what we do. We need to make friends with other sectors, provide evidence of our worth and to express this in a way that other people understand. A cultural strategy is potentially a useful tool in that process.

At our early stakeholder conferences we brought arts and sports people together to the consternation of both ‘sides’. "What on earth do we have in common with them?” It didn’t take much discussion for everyone to realise that we represented different sides of the same coin. The definition of culture and what it includes or excludes is something we revisited over and over. In the end, it seemed more sensible to avoid a definition altogether and to let people interpret culture themselves. But how do you write an action plan based on that?

Back to the cloud. We decided on a compromise; an ethereal description rather than a definition, leaving room for further interpretation but just solid enough to work with. More stakeholder conferences followed as the document took shape. We kept members informed and involved but took the view that this was not the council’s strategy but one genuinely shared by the community. I was surprised and impressed by the number of people prepared to show up on a rainy November evening to discuss the strategy in return for a piece of fruit cake and a cup of tea.

At the start of the process, a team of seven or eight officers convened monthly to prepare the cultural strategy. By the end, this was down to two. The reduction in numbers was not due to anything sinister, but simply the most practical way to get the job done. Don’t ask for other people’s opinions until you really want them, is my advice. Timetable and structure the meetings very tightly, and try not to return to a topic once it’s been covered. It’s very easy to talk in ever-decreasing circles when the subject matter is so subjective.

So what does our cultural strategy look like? It looks and feels like Brentwood. And that surely, is how it should be.