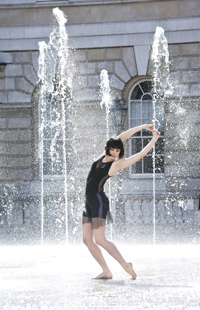 The dance sector came together before the election to back DanceVote 2010, which pushed for dance to become an election issue. The campaign had five aims: to connect every parliamentary candidate with a dance activity in their local area; to highlight the popularity and benefits of dance; to underline the need for sustained public funding; to champion the value of dance as an art form, as well as in health and education; and to secure a statement on how candidates will support dance and the arts if they are elected. The campaign was created by Dance UK in partnership with 18 professional and participatory dance organisations, representing diverse dance styles.

The results were amazing: 1,355 people emailed more than 3,000 local political candidates. Two hundred and sixty candidates sent detailed replies, and of those 85 went on to be elected MPs, which means that 13% of our 650 MPs have pledged to support dance moving forward. So, what next? The dance sector is unsurprisingly nervous about the upcoming spending cuts. However, not all the news is bad. A string of positive figures and recent news stories show dance starting to realise its potential.

POPULAR MOVES
The West End Theatre Audiences Report (AP215) produced by the Society of London Theatre (SOLT) highlighted that dance has higher audience satisfaction levels than theatre, musicals or opera. The audience figures also showed that dance is growing in popularity, with attendances up four per cent since 2003. The British film ‘StreetDance 3D’, broke box office records, taking £1.8m in its opening weekend, (£2.4m when preview screenings were taken into account) making it the biggest ever opening for a Lottery-funded film.
Arts Council England (ACE) published its regularly funded organisation (RFO) data for 2008/09 in April, which included 103% growth in audiences for its RFO dance organisations. Though the background to this figure is yet to be analysed in detail to ascertain the role of festival audiences and dance films in this growth, all the evidence points to the conclusion that dance is a dynamic, expanding industry. This success is no doubt the result of increased investment in the arts over the past decade, combined with a series of initiatives to support dance made by the previous government.

POLITICAL PROGRESS
In 2004, David Miliband (then schools minister) promised that more young people would get the chance to access high quality dance training without having to leave home – whatever their financial situation. This resulted in the Centres for Advanced Training being set up, and means-tested grants being provided for tuition fees for exceptionally talented young people. In 2006, following the launch of the Dance Manifesto, which highlighted that Youth Dance England (YDE) received just £100,000 a year compared to Youth Music’s £10m, the Labour government commissioned Tony Hall to review youth dance provision. This resulted in an extra £5.5m of funding over three years for YDE, to give equal access to affordable, quality dance activity for young people across the country. And in 2008, the Department of Health set up a Dance Champions group to maximise the positive role that dance can play in improving public health policy. This was combined with the backdrop of a resurgence of dance with contemporary choreographers such as Wayne McGregor, Akram Khan and Jonzi D creating dance that reflects and captures the exciting, culturally sophisticated nature of British society today.

CHAMPIONING THE SECTOR
So, the stakes are high politically for dance. The sector is expanding and penetrating different areas of society and policy. Any reduction or unbalancing of the fragile web of funding and infrastructure could undermine this early growth. This is particularly important in relation to the YDE funding which ends in 2011. However, the dance sector is looking to Westminster more positively after the DanceVote campaign. A number of known dance champions have been appointed to the new cabinet. Jeremy Hunt has regularly attended contemporary dance performances with the All Party Parliamentary Dance Group, and he chose Dance East’s new Jerwood DanceHouse as the location for his party political broadcast for Channel 4. Ed Vaizey is a familiar face at dance performances, and Anne Milton, the new health secretary, was the first Vice Chairman of the All Party Parliamentary Dance Group. The new sports minister Hugh Robertson met with Dance UK in April 2008 to talk about an Olympics-inspired research project looking at dancers’ injuries, the causes, and how dance and sports can share health facilities.
We want to continue to connect local dance professionals and enthusiasts with their MPs because it is more important than ever to ensure that politicians have clear information about the arts to base their decisions upon. Dance UK has set up the DanceVote 2010 website so that people can easily email their newly elected MP to invite them to dance activities. We are also working with English National Ballet, the T-Mobile Big Dance Bus, ACE and the City of Westminster to organise a special one-off event called ‘Dancing on Parliament’ on 8 July. This will see the Big Dance Bus parked on Horse Guards Parade and surrouded by dance performers celebrating dance’s current success. It will also be a chance for MPs to meet their local dance organisations. We hope that the politicians join us and recognise the amazing success of dance – and how much more it’s got to offer.