Mahmood Reza follows up on Garsington Opera’s VAT victory by explaining how the new rules work. 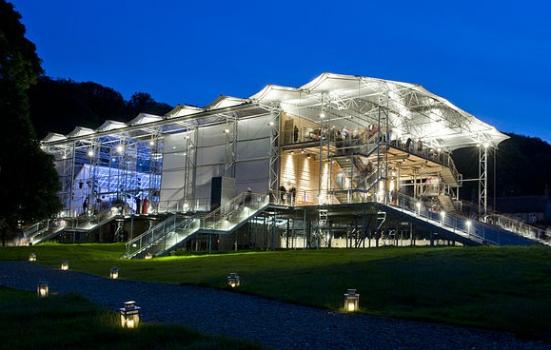 HM Revenue and Customs (HMRC) has recently published a policy brief regarding its position on the recoverability of VAT (AP205). This article gives an overview of the rules regarding VAT recovery and the relevance of the revised policy. In the context of VAT, activities are divided into three types: “non business”, for example activities which are entirely grant funded; “exempt”, for example certain admission charges or rental income; and “taxable”, for example the sale of publications and food.

Where organisations have a mix of activities, the VAT they incur on purchases must be attributed to the type of activity provided by the organisation. Most organisations will have residual purchases such as core costs and overheads which have been incurred in respect of all of the organisation’s activities, whether taxable, exempt or non business. The VAT in respect of those purchases is called “residual VAT” and must be apportioned amongst all activities. VAT exemption applies to certain “cultural services” provided by public and eligible bodies. The cultural services that are covered include admission charges to museums, galleries, art exhibitions and zoos, and theatrical, musical or chorographical performances of a cultural nature. An eligible body is essentially one that is not-for-profit, and managed and administered on a voluntary basis by people who have no direct or indirect financial interest in its activities.

Garsington Opera incurred input tax (the tax added by suppliers) on the costs of putting together its own, in-house operatic performances. HMRC maintained that the input tax was irrecoverable because, whilst putting on operas was the core of Garsington’s business, the production costs were directly and immediately linked only to exempt admissions. Garsington argued that the input tax was partly deductible (residual) because the production costs had a direct and immediate link not only to exempt admissions, but also to taxable supplies such as corporate sponsorship, touring and sale of programmes. The Tribunal agreed with Garsington, HMRC has now revised its policy (and not challenged the decision) so that theatres supplying exempt admission can treat input tax incurred on production costs as residual.

From a practical perspective it will be necessary to create and demonstrate the direct and immediate link between the taxable activities and the production costs. Organisations need to demonstrate that they have an intention, at the planning stage of a production, of (for example) selling programmes, buying in goods to be sold, seeking sponsorship for particular productions, or production runs. A direct and immediate link needs to be established between the production costs and the taxable activities, such as sponsorship. This intention should be evidenced in the minutes of any planning meeting or associated documentation.

Two things need bearing in mind. Firstly, VAT in relation to exempt and non-business activities is not recoverable, unless it amounts to no more than £625pcm on average and less than 50% of the total input VAT. Secondly, the method organisations use to apportion residual VAT: theatres which wish to retrospectively claim input tax which, in the light of this HMRC Brief, was incorrectly treated as exempt, must use the partial exemption method in place when the input tax was incurred. This is applicable unless there are exceptional reasons why an alternative method is needed, in which case full details should be submitted with the claim. If the standard method results in an over (or under) recovery of input tax which is classed as “substantial”, then the recovery must be recalculated in accordance with the “actual use” of the costs in question.

Until relatively recently, retrospective VAT claims were normally restricted to the past three years. However, following the House of Lords decision in ‘Conde Nast and Fleming’ and the subsequent modification to the Finance Act 2008, all claims made on or after 1 April 2009 are capped at four years, or back to 1 April 2006, whichever is the shorter. The potential impact of HMRC’s revised policy is to increase the level of recoverable VAT, improve cashflow and generate a greater level of surpluses.

Getting to grips with VAT