Whether you love it or resent it, Twitter is changing the way that audiences find out what’s on, discover reviews, participate in live arts events and co-create artistic work. Hannah Rudman suggests that it’s time to get involved. 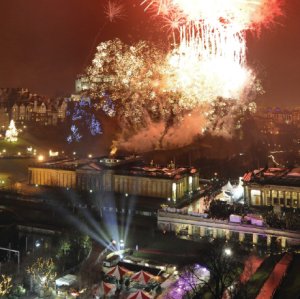 Thousands of festival-goers in Edinburgh recently tweeted mini-reviews of performances. Rather than reading only the official reviews, audiences put their trust in the wisdom of the many. Aggregating and filtering all these reviews was achieved by ‘FestBuzz.com’. FestBuzz made word-of-mouth digital by listening in on what people tweeted about across all of the Edinburgh Festivals’ events. Users of the site searched or browsed a show to find out about it: Festbuzz assigned shows starred ratings gathered from the tweets and analysed by a “unique sentiment classification engine”. EdTwinge is another new Twitter-powered review site just for the Fringe. It used the thousands of opinions expressed every hour on Twitter to provide a crowd-sourced real-time review service. As well as monitoring the general Twitter ‘noise’ for each act, a ‘karma’ rating was generated, which was basis for the ranking system. It then produced a real-time leader board of the highest-rated acts. Users were able to embed this Fringe Top 10 as a widget in any blog or website. After the first week, the website had 6,395 unique visits and 702 followers on Twitter.
Twittering classes
As well as audiences finding out what’s on and reading reviews through Twitter driven applications, arts organisations intergrated it into live artistic events. Cellist Peter Gregson played at AmbITion’s London Roadshow, accompanied by the ‘Words on the Wall’ – audience feedback projected on a large screen behind him. The Words on the Wall is an application created to aggregate text messages and tweets sent to Peter. Many of the messages reflected on the music, some bemoaned the intrusion, some praised the extra levels of engagement made possible through the technology.
Scotland’s first live Twitter comedy event happened at a ‘Twinge Party’. Attenders had heard about the party only through Twitter. This is audience development targeting a niche market (the ‘Twitterverse’) through using a communication mechanism unique to them. Four comedians performed a short set at the party – the jokes and the audience responses were also tweeted. At the venue, one screen projected the comedians’ sets, another showed the crowd’s responses to the jokes, the party and other acts. The messages, also brought together on FestBuzz, gave people around the world a chance to watch some of the Fringe unfold before their eyes online. Some organisations are commissioning creative work generated by users of Twitter. The first Literary ‘Twestival’ was held in Edinburgh this year with all live and virtual audience members encouraged to become storytellers – using only 140 characters.

Digital future
Last month, the Royal Opera House (ROH) performed the first opera with a libretto generated entirely through Twitter. The ROH was investigating how short contributions can build on each other to create a non-linear narrative – like a ‘Choose Your Own Adventure’ story or a game of consequences. If you do not use Twitter but have an iPhone, The Edinburgh Festivals Guide is the only official iPhone application for the largest arts event in the world. The Guide now comes complete with full listings for all seven festivals, and uses GPS to locate the nearest shows and venues, with simple directions straight to the venue door. It sorts results by location, start time or popularity rating. Additionally, users can read reviews of shows and write their own; call the box office direct from the listings to book tickets; view photos of events and venues; and find out which tickets are on sale at The Fringe Half Price Hut. The iPhone app costs £1.79 – more than the seven festivals’ free brochures, but less weighty and kinder on the environment. The iPhone app development is a successful innovation initiated by Festivals Edinburgh and the Fringe, delivered in partnership with HedOut.
All the digital developments involved the individual festivals fully embracing collaborative working and gaining understanding of new digital and joint venture business models. Festivals Edinburgh (created and managed by the directors of Edinburgh’s 12 major festivals, to take the lead on their joint strategic development) is the high-level organisation that facilitated this collaborative approach. As the group began to agree their joint digital development aspirations, partnerships with new media companies were successfully developed, and now venture capital investment has been sought to fund the start-up of the new ideas.