Artists and arts organisations are becoming increasingly aware of the role they have to play in climate change – as consumers, as role models and as messengers. What are the arts doing to address what is probably the most urgent challenge facing the world? To kick off our six-page special feature, Peter Gingold explains why we need to energise the creative response to climate change, before more harm is done to those least able to defend themselves against it. 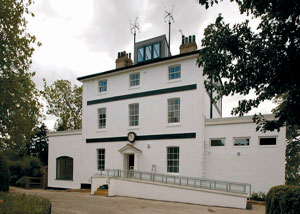 The beginning of the twenty-first century is a time for rethinking our view of the world, for finding a new paradigm, a new vision. We need a rethink on the scale of the Enlightenment. In fact, it may well be greater than that. The challenge is that we have to do it in a hurry, because time is running out. Why? There are many reasons, but the one that trumps all the others is climate change. It is now known beyond doubt that through burning fossil fuel to keep ourselves warm or to get about, we will cause a direct and probably painful impact on someone on the other side of the world, at some time in the reasonably near future. The irony of it (to use much too mild a word) is that this suffering, a direct consequence of our comfort and convenience, will probably take place where the ability to adapt or respond is extremely limited. The link is not immediate, not face to face, and it doesn’t fit well with our psychology, but it is none the less real.
Too little, too late?
To help solve the problem, we clearly need treaties, new technologies, regulation and transfers of funds to poor countries – all mechanisms that are being developed painfully, and painfully slowly, aiming to reach a fruitful culmination in Copenhagen in December. But we need to do more, not least to achieve the political consensus that will help bring these about. To borrow the words of John Ashton, the Foreign Secretary’s Special Representative on Climate Change, the problem is not just about what to do, it is about who we are. As much as we need to look at how we behave or the technology we use, we need to look at ourselves.
This is, of course, where the arts fit in: not at the periphery, not as an indulgence, but at the heart of the alien journey we are now on. They can shed light on how we live; hold up the mirror; tell stories about ourselves; help us to develop the deep insights and conviction we need that the new landscape we are perceiving really is different and requires a new way of living in it; to provide a different voice – or at least a different timbre to the voice of the campaigners and politicians urging us to wake up to the subject.

Over-balanced?
TippingPoint is an organisation that has been helping artists understand where they fit in this. Since 2005 we have been holding events at which all types of artists have been exploring these issues with people who understand them deeply – scientists of a similarly broad range whose work is dedicated to the subject. What have we learned? Most obviously, that there is a huge hunger to engage with the subject. Sidestepping the chestnut of instrumentality in the arts, it is clear that increasing numbers of artists see the subject as a huge challenge, and are thinking hard about the way it may inform their work. This is why we put a lot of effort into bringing scientific excellence to the conversation. It is one thing to discover the latest headline in the media, but quite another to hear it from the mouth of someone who has new, unpublished research on the subject.
The evidence for this hunger ranges over the intensity of discussion at events, the breadth and depth of work of all types that is continuing to emerge as a result, and the number (184) of applications, many outstanding, for the recently launched TippingPoint Commissions. Examples of work directly influenced by our events include: ‘Chomskian Abstract’, a 30-minute film by the artist Cornelia Parker; ‘Burn-Up’, a three- hour television drama by Simon Beaufoy screened on BBC2 in 2008; the ‘2020 Thin Ice’ project, a substantial collaboration over two years between six European producing organisations including LIFT and Arts Admin; and ‘Twist’, a large urban sculpture in Bristol by the artists Ackroyd and Harvey. This range – and the list could be a lot longer – gives a clue to the sort of work that is being developed. There is clearly no limit to the forms that are appropriate for the subject. Steve Waters’ ‘Contingency Plan’, a pair of plays that recently received excellent reviews at the Bush Theatre, is a striking and welcome example of a drama mastering both the content of the subject and ways of giving it a fresh and deeply personal treatment.
Creative sparks
This points to the other side of the coin – artistic practice. During the twentieth century the way that performances and exhibitions have been presented has, in many cases, grown every bit as thoughtless about the use of energy and resources as any other part of society. A rapidly growing number of arts organisations are engaged with this, and increasingly adopting policies to review and revise their ways of working. Our own part in this has been to work with both individual organisations and regional groupings to help provide the energy and focus that leads to clear action. The way the cultural sector is responding is a vivid reminder of one of the defining qualities of this subject: the bottom-up energy and leadership that is emerging, from individuals and institutions. We have found that it only takes a small amount of help to channel this into enormously constructive activity. We all need an optimistic and positive view of the future. Although we all have our own opinions, at the moment there is nothing resembling a real consensus on the new world-view that we need nationally, or, still less, internationally. It seems very clear to us that artists and the institutions they work with have a central role to play in helping develop this view.