In the first of a new series of occasional interviews, Catherine Rose asks Shadow Arts Minister, Ed Vaizey, some of the questions people want answered about his views on national funding, arts bureaucracy and the Lottery. 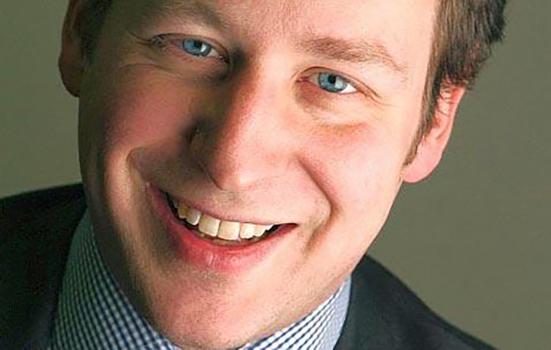 I met Ed Vaizey in the labyrinthine Tory campaign offices for the Henley constituency where John Howell is bidding to step into Boris’s shoes. Vaizey takes a relatively non-party-political stance on the arts, and is even happy to credit the Government for the way the creative agenda has come to the fore: “We have got this fantastic creative economy which sits alongside financial services as one of the main drivers of the British economy… One of Chris Smith’s great achievements was to identify the creative industries and to give them a platform from which they could lobby Government.” But despite this, he is wary of placing too much emphasis on the economic arguments, and that’s about as far as his appreciation of ten years of Labour seems to go.

He’s clear that changes, some of them radical, to the structures underpinning arts funding and policy are now overdue. Brought up by ‘arty’ parents – his mother was art critic of the Sunday Times who filled the house with “people from the arts world” – Vaizey claims “an instinctive understanding of who the players are. I want to be their supporter and champion.” He believes John Tusa’s policy review for the Tories last September (see AP158) is “…a pretty comprehensive review of the issues that need to be got to grips with – the future of the Arts Council [England], arts education, policies to encourage philanthropy…”

Dismissing McMaster’s idea of funding ‘the ten organisations with the most innovative ambition’ for ten years as “a gimmick”, Vaizey is clear that the funding of certain national organisations is beyond argument. He promises that, should they find themselves in power after the next election, the Tories would “…follow up Tusa’s recommendations about whether the Arts Council’s big ten organisations should be funded directly by DCMS”, and consult on the issue. “Tusa recommended going from three-year funding to five-year funding, which might be achievable. The Government is a grant-giver to the major national institutions, but not to the national performing organisations. A quarter or a third of Arts Council budget goes to these institutions, and if you took them out of the equation you’d create a different kind of Arts Council, focussed on smaller, up-and-coming organisations,” he suggests. “The arm’s length principle is important, but we need to discuss why. We all fear Government being in charge of our culture, and we want a body that can take free and brave decisions which might enrage politicians. But is it a brave decision to fund the Royal Opera House or the Royal Shakespeare Company? They’re essential decisions, but I don’t think the Arts Council should be wasting administrative time and money making them. If you took those decisions away from them you would free them up to take on the more edgier organisations and to be a more robust and independent arm’s length body.”  [[I do not believe for a minute that the size of the Arts Council can be justified.]]

Vaizey’s criticism of McMaster doesn’t stop there. While agreeing with Sir Brian that a ‘free week’ was “in principle… a good idea”, he castigates Labour for failing to identify the cash to support it. His annoyance with McMaster has been “quite vocal… to the extent that he’s refused to meet me”. He maintains that he and his team “could have sat down and thought up some interesting, quirky and eye-catching ideas. McMaster had £50,000 and six months to talk to everybody in the arts, and I found the whole report pretty disappointing. I would want some proper recommendations about the future of the Arts Council, the British Council and regional issues. These questions were completely skated over.” The apparent lack of joined-up thinking between Government bodies dealing with arts funding and policy concerns him, for reasons of value as well as clarity. Speaking about Arts Council England (ACE) (“which no one has had a proper look at since DCMS was created”), he asks “whether the Arts Council [is] simply a funding body, or is it a policy-making department?” The Tories are planning a review of ACE to clarify its role, given that “we’ve got a big department of state which is also doing arts policy”.

It is not surprising that the Conservatives have targeted the Lottery distributors – the national arts councils among them – as an area for change. “This Government sees the Lottery as a cash cow that it can raid for whatever pet projects it wants,” Vaizey asserts. “One of the first Acts of Parliament that will go through from the Conservatives will be the National Lottery Independence Bill, which will ensure that ministers can no longer use the Lottery to fund their projects. We will increase the amount that arts, heritage and sport get from about 16.6% at the moment to 20%. That means £53m for the arts, £41m for heritage.” In addition to the promise of extra cash, Vaizey believes “there is scope to reduce the administration costs of these bodies” and release more cash directly into the sectors. “I do not believe for a minute that the size of the Arts Council can be justified. We’re going through the books of the Arts Council at the moment, and will be releasing a detailed report in July to show exactly how much Arts Council central spending has gone up.” His attack on excessive bureaucracy also extends to the Cultural Olympiad, which he sees as “the very poor relation to the Olympics”. He fails to see why it needs such a “complicated administrative structure in place, with regional people being appointed when you’ve already got organisations around the country who could do that job. I’d want to have a much simpler administrative structure to put it in place and look at making the events much more exciting and high profile.”

Beyond the culture department

Clarity of role and funding within arts education is another of Vaizey’s goals. “Creative Partnerships has two masters – there has to be more co-ordination between the departments. Some say that Department for Children, Schools and Families (DCSF) should take over sole responsibility for arts education.” He spoke enthusiastically about the City of Birmingham Symphony Orchestra, describing it as “almost as much an educational as an artistic institution. Should we be fighting DCSF for a ring-fenced budget to give grants to individual arts institutions?”

Vaizey is clearly committed to embedding the arts more deeply into the wider political arena, and is already following up Tusa’s recommendation to establish an Arts and Parliament Trust, along the lines of the Industry and Parliament Trust (IPT), to ensure, as Tusa wrote, “that the UK has the best arts-informed Parliament and best parliamentary-informed arts community in Europe”. The IPT helps MPs gain practical experience and knowledge of the world of business – Vaizey himself undertook a fellowship with the publisher Reed Elsevier.

Whether or not he succeeds in implementing his ideas will be in the hands of voters as well as the Tory leadership. Vaizey asked David Cameron for the arts job, and says he wants “to do it till the next election and beyond”. The Culture portfolio has become a stepping stone for wannabes rather than a retirement home for grandees – but perhaps Vaizey will be the one who stays around.