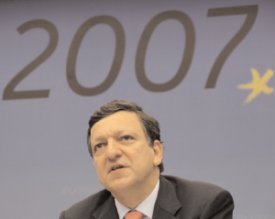 What are the chances of cultural values being given a more central place in EU policy-making? Christopher Gordon examines the evidence.

The rotating six-monthly EU Presidency baton has recently been passed from Germany to Portugal. The custom has evolved that each group of national Ministers together with the relevant EU Commissioner have a subject-specific conference hosted by the retiring Presidency state at the conclusion of its term of office. Berlin was the location of this event with the focus on culture which went under the perhaps unfortunate title Kultur macht Europa. The conference spent some time considering the results of the initiative A Soul for Europe which aims to give cultural values a more central place than has hitherto been the case in EU policy-making. Also up for discussion was the EU Commissions Communication on Culture1 - a recent statement of intent taking account of open consultation on the web in late 2006 as to what the arts and heritage might expect of the EU in the future.

Unfortunately, as ever in such events, elegant and well-meaning political rhetoric was rather more in evidence than any practical proposals or triggers for action. One specific idea tabled, submitted by the Amsterdam-based European Cultural Foundation (ECF), was for the creation of an Erasmus programme for cultural mobility, drawing on the example of the Europe-wide scheme operating in Higher Education. While this immediately raises major questions about how it might operate (impact on existing smaller schemes, proximity to the sector, selection of projects and speed of decision making) at least it seems to be on the agenda for constructive discussion.

One of the background papers for the conference had been prepared for the ECF by Theodoor Adams (formerly head of the International Unit of the Dutch Culture Ministry) and me2. We created the paper because we share frustration at the lack of progress by the EU since it acquired legitimacy to act in culture under the Treaty of Maastricht in 1993. Clause 4 of the relevant Treaty Article states, The Community shall take cultural aspects into account in its actions under other provisions of this Treaty. It has never seriously tried to make use of this broad power. Jose Manuel Barroso as President of the Commission well over a year ago announced that he would be setting up a cross-departmental Task Force to address this issue. Since when, virtual silence. The Brussels Eureaucracy meanwhile continues to immerse itself in minor distractions like trying to run the barely visible Culture 2000 programme, rather than risking taking on the big battalions where the real resources and potential are located, or gauging and anticipating unintended effects of catch-all EU Directives on the cultural sector to try to protect it before things have gone too far.

Our paper notes that the productive vocabulary of cultural policy debate in Europe is that intelligently developed over the past 35 years by the Council of Europe (based in Strasbourg). EU discussion tends to ignore this, often adding further confusion by conflating quite different meanings of culture which are never adequately defined (hence the ongoing and sterile battle between culture per se and culture put to instrumental uses). Because much of what we conclude is intentionally blunt, many people with vested interests have reacted defensively. If that suggests they get the point, so much the better. We attempt to draw distinctions between the position and roles of the different actors and their habitual attitudes towards EU cultural policy, to try and help create some clear lines. It is complex territory but would at the very least include the following strands:

- individual charismatic national politicians with some personal vision and mission on a European scale (e.g. a Melina Mercouri or Jack Lang)
- the EU Commissioner for Culture, symbolic figurehead for culture and 'one Europe' (whatever that means) - Commissioners for Culture have rarely been major politicians
- the Commissions Department for Education & Culture - comprising career civil servants with no experience in cultural administration or policy-making
- the Cultural Council comprising the 27 Ministers for Culture from the member states, chaired by the country currently holding the Presidency
- the European Parliaments Committee on Culture, which has striven over the years to take a positive outlook on the arts/culture spanning the EUs remit but whose efforts can be neutralised by the larger member states
- the professional cultural sector and artists lobbies whose main objective is usually trying to extract small sums of money from the EU system for their own purposes
- member states which exhibit a positive interest in an active European cultural policy, even if this often may have some trade or anti-USA/global intent (notably France)
- other member states which are habitually more sceptical, not least because they are net contributors to EU finances or suspect they will end up footing the bill (e.g. Germany, the UK, the Netherlands, Denmark)
- smaller and more specifically the former socialist member states, which have an opportunistic approach to picking up any funding for culture, and will work in shifting alliances with others to try to achieve this
- stars from the professional sector who occasionally gatecrash (e.g. the late Yehudi Menuhin and Bob Geldof) and are listened to by politicians who love basking in the reflected glory.

Put all these often conflicting influences together and it is easy to understand why the Commissions officials prefer to keep their heads down. It will take considerable courage and leadership to make anything significant of Barrosos Task Force idea. We cross-checked our own views with the first-hand experience of a wide range of high-level representatives and operators, past and present, who have had or still have important EU connections, including, amongst others, a former national EU Commissioner and a former national Minister for Culture and President of the Culture Council. These conversations confirmed just how deeply rooted the misunderstandings often are. They frequently arise because there is no shared agreement about values amongst the 27 individual states. Contrary to what is implicit in much of the sloppy Euro-rhetoric, there is no such thing as a single or recognisable European culture. One of the key driving forces still happens to be the strength of French protectionism which doesnt get everyone elses vote!

The general approach to the arts and heritage has tended to be passive (responding to demands ad hoc from the professional sector, often mediated through the Parliament) with the odd symbolic European cultural gesture directly driven by politicians from the individual member states (e.g. the European Capital of Culture). The attitude of several influential countries notably Germany and the UK has been restrictive to both policy aspirations and budgets, whilst Commissioners and their Departments pursue their own unjoined up agendas in the customary manner of most central government silo systems. We believe that it is vital to have a much better focus on the arts issues but not in any narrow or defensive way. They should be in a dynamic relationship as equal partner in order that they may influence other important policy areas, rather than perpetually be under the table pathetically grateful for any crumbs.

Christopher Gordon has 35 years experience as an arts professional in the public sector, and is now an independent consultant in cultural policy.
e: christophergordon@compuserve.com

1 A European Agenda for Culture in a Globalising World: http://ec.europa.eu/culture/eac/communication/
comm_en.html
2 Chimera, Camel or Chrysalis? http://www.kultur-macht-europa.eu/?l=1 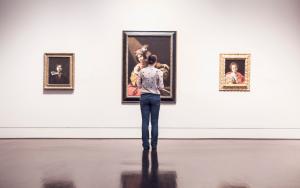