Questioning Authority - In the future...

Social and environmental changes might force local authorities to re-focus their cultural provision. Paul Kelly gazes into his crystal ball.
I recently attended a nalgao awayday where a discussion about the issues facing the cultural sector in the coming years prompted some interesting questions. Will local government arts remain a discrete discipline separate from, say, museums or sports, or will we see a blurring of roles and the rise of a new generation of cultural services officers able to marry a variety of cultural disciplines? On the one hand, a new breed of multi-tasking cultural officers makes sense, offering the prospect of more resource flexibility, more career options and more joining up between the various branches of culture which can, sometimes, be remarkably disengaged. On the other hand, such a move may mean that local authorities lack the specialist knowledge to really assist and develop, say, the arts or museum services in their local areas.

The following day, this time at a meeting between Culture South West and the Chief Cultural and Leisure Officers Association in the South West to consider cultural building needs in the South West over the next twenty years, further questions were posed. For example, should new cultural buildings be located at a point that many can conveniently access or should we be adopting an entitlement model where all have access to facilities (the latter suggests more but smaller facilities)?

Two recently released, government-commissioned reports may have a bearing on all these issues. Now, you probably havent been waiting for the Local Government White Paper with bated breath, yet its impact could have a significant bearing on who takes local decisions on your behalf. Entitled Strong and prosperous communities, Ruth Kellys White Paper seems positively homely, and contains possibly some of the most radical government ideas since the Citizens Charter. It has three main emphases: creating good neighbourhoods, providing effective and efficient local services, and creating better leadership. Lurking within are one or two nuggets that could either help or hinder the arts. People, says the White Papers introduction, want &choice over the services they receive, influence over those who provide them, and higher service standards. And they will be able to turn to their councillor and demand this through a new Community Call for Action. So, if they want their Council Tax to support the arts, here are new direct methods in which local neighbourhoods can state their demands. Equally, if communities demand things other than arts services, which are still non-statutory and local authority is obliged to provide them, the chill winds of budget pressure will blow even colder.

But the Stern Report on Climate Change, which has been garnering national headlines, could have far greater repercussions. Since the 1960s our culture has been based on a paradigm of growing, and increasingly cheap, travel. Theatres, museums and concert halls expect to attract audiences from anything up to 50 miles away, and festivals attract people from even further afield. Theatre and dance companies and music groups from orchestras to folk duos tour the country. Visits by foreign artists have enriched us and cheap airfares have created a new two-way traffic in cultural tourism. But if governments act on the Stern Report by greatly increasing fuel duty, as some commentators predict, the picture could change dramatically. If that happens, and the flow of cultural traffic dries to a trickle, then what will form the core of our local cultural services? It may just be those very neighbourhoods that the local government White Paper is so keen on. And, of course, those same neighbourhoods are meat and drink to local government arts officers. And this, of course, is where we started. 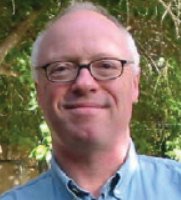 Paul Kelly is Secretary of nalgao and Principal Arts Officer, Plymouth City Council.
nalgao has just published a new issue of its members magazine, Arts at the Heart. For membership details, e: nalgao@aol.com.