ArtsProfessional reveals the career paths of the sectors senior managers. 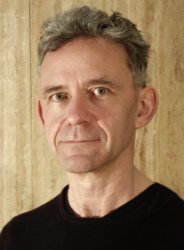 1996-present day
Director of Greenwich Dance Agency (gDA)
I can hardly believe Ive been at gDA for ten years! Im in charge of the artistic and executive functions of the organisation and have a small but fantastic staff team who keep the show on the road. There have been some big challenges buildings can bring more than a few headaches but the past 12 months have been fantastic, starting with the birth of my daughter in October, followed by the Dance UK Industry Award in January! I love the performing space at gDA it makes a fantastic alternative to a conventional theatre. Im particularly looking forward to this years Dance Umbrella presentation, which will be the UK debut of a seminal Dutch piece called Föld.

1992-1996
Dance Officer for Arts Council of Great Britain
To be honest, I didnt really expect to enjoy working at the Arts Council. I thought I would learn a lot, understand how decisions were made and tone up my bureaucratic skills. I was primarily responsible for independent dance projects, and working alongside colleagues Sue Hoyle (now Deputy Director, Clore Leadership Programme), Jeanette Siddall (Director of Dance, Arts Council England National Office) and Julia Carruthers (Head of Dance and Performance, South Bank). In fact, my time there turned out to be a great adventure. In retrospect, my experience had a lot to do with the support that I received from these colleagues, who I still consider great friends. However, my time at the Arts Council also coincided with a period of genuinely exciting growth in dance.

1989-1992
Islington Dance Animateur
I pretty much gave up performing when I took on this role. In the late 1980s, before the national dance agencies came into place, it was more often individuals rather than organisations that undertook grassroots dance development. An animateur was usually funded by a local authority in partnership with what were then known as the Regional Arts Organisations. I was really proud of my work in Islington, and it was in this position that I began to assume the role of organiser/manager rather than practitioner. It was a real turning point for me when I realised that I was happier behind the scenes than on stage.

1979-1989
Freelance dancer/performer
I worked with dance companies such as Ludus, Kosh and also Welsh National Opera, all of which seems like a long time ago now& and I suppose it is! My first professional engagement was as a dancing sailor in Derek Jarmans film adaptation of The Tempest. My first job was with a company called Jumpers (a forerunner of Diversions), and after just over six months I left for Ludus Dance. It would be wrong to say Ludus was enjoying its heyday at that point because there have been many fantastic moments in the companys history but it was a privilege to work alongside artists like Chris Thompson, Wendy Houstoun and Nigel Charnock, who strongly influenced my thinking.