The arts have an important role to play in helping young people engage with society. Virginia Haworth-Galt explains.

How many young people in England are currently categorised as NEET (not in education, employment or training)? According to the latest figures from Connexions nearly 1 in 10 of all 1618 year-olds hold that dubious honour. As with all statistics, there are regional variations with some areas managing to engage with, and support, more NEET young people than others.

Nationally, the decommissioning of the ill-fated Connexions Card (a national reward card scheme that attempted to encourage young people to take part in voluntary activity) was finally announced in June 2006. With the impending piloting of the youth Opportunity Card, the Connexions Card was described by Youth Minister, Beverley Hughes, as having served its purpose. Meanwhile, some are still asking exactly what that purpose was.

It is a shame that the Connexions scheme did not work out (too little take-up from the target young people and commercial partners), but you cant help regretting that a proportion of the (more than) £65m invested in the scheme wasnt actually allocated to the arts instead. What a difference we could have made with that sort of money. There is nothing quite like a decent youth arts programme for re-engaging those young people left cold by everything else.

Connexions has not been impervious to the power of youth arts and some Connexions services have linked up with arts organisations to offer a different approach to young people who are NEET. For example, central London Connexions funded work with 198 Gallery (multicultural arts education venue) and Oval House (drama and creative writing) in Lambeth.

In Scotland, which has an even higher proportion of NEET young people than the rest of the UK, First Minister, Jack McConnell, has just launched the action plan More Choices, More Chances aimed at reducing the proportion of NEET young people. The launch document refers to young people who need to be offered activities which are meaningful and relevant to them and in which they can participate on a voluntary basis. Projects are more likely to keep disaffected young people engaged which give them ownership, provide an alternative learning environment from school, and address the needs of the individuals in a holistic way.

This all sounds like a generic description of a youth arts project to me.

Meanwhile, as part of the Youth Matters programme, the Governments Opportunity Card is about to be launched. Aimed at 1319 year-olds, these will be piloted in ten areas where those young people seen as being most at risk will be credited with between £12 and £25 per month to spend on activities with clear health, learning or social and personal development aims. There is a clear remit for sport, but there is also mention that leisure (the arts fits in here obviously) can offer a chance to raise self-esteem.
Arts Council England (ACE) has worked with the Department for Culture, Media and Sport and the Department for Education and Skills to look at what should be the statutory guidance given to local authorities on what the arts can offer to young people. We need to have youth arts activities programmed in so that NEET young people dont just have to spend their credit on sport.

Once the arts offer is agreed this will determine what arts provision each authority needs to have in place to deliver the things to do and places to go element of Youth Matters. ACE has flagged up that there is a definite and growing role for the Arts Awards to play in making sure that any arts opportunities are also linked to flexible and valuable accreditation.

Hopefully many lessons will be learnt from the Connexions Card and the Opportunity Card will have the arts embedded in it from the beginning. If we seriously want to reduce the 1 in 10 statistic we need to offer NEET young people creative and empowering ways to re-engage. 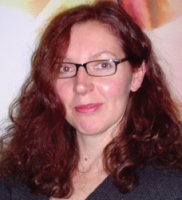