The forced closure of ‘Behzti’ last year have sent shock waves through the theatre industry and raised timely questions about censorship, freedom of speech and the importance of religion and drama in a multicultural society. Jonathan Church looks at the aftermath of the controversy. 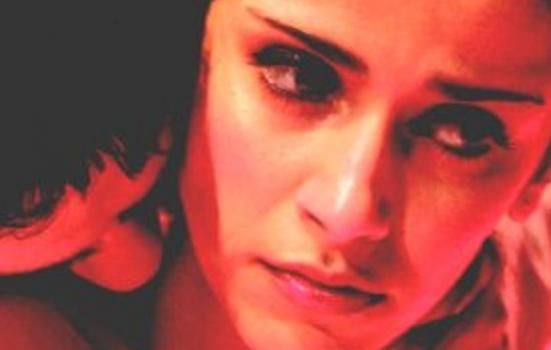 The truth of what led to the demonstrations and eventual riots on that December night in Birmingham will forever remain slightly shrouded in mystery as the media attention on Gurpreet Kaur Bhatti’s second play led to the facts being re-invented and manipulated. Many religious and political leaders in the city and region (not to mention the occasional theatre practitioner) who had neither seen nor read the play, jumped aboard the media bandwagon to promote their own particular point of view and condemn the theatre either for its cowardice, for being a ‘white’ organisation tackling issues it didn’t understand, or for putting the play on in the first place.

On the one hand, it is hard not to criticise the decision that we made to close the play. If one of the better-funded regional drama houses in the country can’t take a stand against illegal acts of violence and censorship, then what is the future and point of an artform that trades and relies on its ability to provoke, challenge and question the world we live in? On the other hand, and this is a retrospective view, just by mounting the play and continuing to run it in the face of escalating threats and protests (and, ironically, perhaps by closing it), the issues contained in the play and the bigger issues of freedom of speech, censorship, and whether it is acceptable to cause offence within the bounds of the law, have been discussed and debated by thousands, maybe millions, more people than could ever have seen the play in our tiny 140 seat studio during its limited run.

Leaving the events of Christmas behind, the greatest concern to us at the theatre, and to some observers, was whether we would be able to continue programming and producing challenging black and Asian work, particularly around sensitive, religious or sexual themes, and whether we would sustain the support of our non-white audiences. To give some context to this question it seems important to look at the work that the Rep has and is doing to develop artists and audiences from black and Asian backgrounds.

In the 10 years preceding Behzti, The Door (our studio theatre dedicated to new writing), has presented 26 Black or Asian plays, from Ayub Khan-Din’s ‘East is East’ (premiered in 1996), via Charles Mulekwa’s ‘A Time of Fire’ and Sudha Bhuchar and Shaheen Khan’s ‘Balti Kings’ to Amber Lone’s ‘Paradise’. In the same period, the main house has presented 12 shows with predominantly black or Asian casts, including Peter Oswald’s adaptation of ‘The Ramayana’, Jatinder Verma’s ‘Journey to the West’ and Benji Reid and Felix Cross’s ‘Slamdunk’. Much of this stems from a literary policy formulated by Anthony Clark (now Artistic Director of Hampstead Theatre) and Ben Payne (our Associate Director) when the theatre created The Door and dedicated it to the presentation and production of new work. At the heart of this policy was the belief that for theatre to be relevant to its audience in the future it must find ways of developing writers that speak to the communities the theatre serves and that there must be the opportunity for regular production of this work.

In addition to the standard methods of identifying, commissioning and developing writers, the theatre has pioneered two particularly successful initiatives - the Attachment Scheme and the Transmissions Young Writers Festival. Transmissions began with the notion that people as young as seven years old could write plays. In the seven years of the programme, hundreds of young people from the city and the region have had the opportunity to develop their ideas for plays with professional playwrights, actors and directors. Some of the ‘graduates’ from the programme are now getting their first professional commissions in theatre, TV and radio - although such success stories are not the guiding aim. The Rep imposes no house style on the writers involved. From the 12-year old writing the historical epic to the 25-year old writing a gritty domestic drama - and all those in between - are treated exactly the same. Of course the age of the writers we are dealing with means that we are identifying and developing voices from many communities within the city.

The Rep’s Attachment Scheme was set up as a way of being more proactive and accessible in identifying writers that might engage new audiences. Gurpreet’s first play ‘Behsharam’ (‘Shameless’) started life on the scheme as just a proposal and a series of scenes. It is extremely unlikely that either the theatre or the writer would have found each other without it. Behsharam went on to be one of the most popular new plays The Rep has staged. The Attachment Scheme seeks to develop a range of new voices and perspectives; to challenge the idea that there is a stock play relevant or appropriate for particular audiences - or indeed that these audiences are homogenous in themselves.

So what happened to our work and audiences post Behzti? In the season already announced, from January to April 2005, there were a number of black and Asian plays on issues such as Afro-Caribbean gun crime (‘Elmina’s Kitchen’ by Kwame Kwei Armah), Muslim brothels (‘Bells’ by Yasmin Whittaker Khan), terrorism (‘Chaos’ by Azma Dar), gang culture (‘Little Sweet Thing’ by Roy Williams), and teenage sex (‘Low Dat’ by Jess Walters) which was designed to tour to schools and community venues before returning to The Door. Since December we have kept a rough head-count of our non-white audiences for all shows. Given our concerns about having alienated audiences we were pleased to discover that for Low Dat nearly half the audience was black or Asian. In the Door, Chaos gained a 40% Asian audience; about the same as Bells. In the 800-seat main house, nearly a third of the audience for Elmina’s Kitchen was black - the largest black audience of the production’s pre-West End tour. And over 60% of the audience for Roy Williams’s Little Sweet Thing was non-white. Not only did the composition and scale of these houses seem to indicate that there had been no significant backlash from audiences, there were also no protests and no violence (despite an attempt by a local radio station to whip up protests by alerting the public and the police to the fact that the Rep was staging plays about potentially contentious Asian issues)

So why was this? Has the issue gone away? Are we unlikely to see these kinds of protests outside our theatre again? I very much doubt it. I suspect that we unwittingly touched a particularly raw nerve with some members of the Sikh community with Behzti and I imagine that in the pursuit of giving new voices a public platform we will do so again. Like many arts organisations, we consider our audiences to be made up of large groups of individuals who share broadly similar views. We imagined the Sikh community, like other communities we have experience of, are used to this kind of scrutiny in fictional forms and to be understanding and accepting of this. On reflection, we also made an error of judgement in the months leading up to the play’s opening by actively approaching leaders from the Sikh community in an attempt to avoid causing offence by explaining and contextualising the play and our programme of work. While much of the work we have done in developing writers and audiences for our work has involved liasing with communities to involve them in the work we do, we had never approached a community in this way before. Two things occurred that we couldn’t have predicted. The first was that some misinterpreted our approach as an opportunity to negotiate about the play’s content. The second was that we formed an agreed plan of action with the key senior figures in the community that we had been liasing with to supply the audience with factual and positive information about their faith. It turned out their views were not necessarily representative of the rest of their community and therefore inadvertently contributed to the escalation of the protests.

I like to think that the apparent lack of impact on our audiences following the affair, indicates a broader trust and understanding that Behzti was just one part of a body of work that is clearly committed to developing artists and audiences from many ethnic and social backgrounds - not a piece of provocative cynical programming designed to offend. However, as the protests around ‘Jerry Springer - The Opera’ and the fuss surrounding Government proposals for the incitement to religious hatred Bill indicate, it is a delicate time for the arts. My firm belief is that, through sustained production of new work across the country by diverse and emerging voices, the artist’s right to free speech and to hold a mirror up to society and force us to look at difficult issues, will eventually be viewed by all communities as a positive, necessary and cohesive force in society. Yes, we will ruffle some feathers along the way; yes, we will sometimes cause offence. We wouldn’t be doing our job if we didn’t; but surely in this democratic country no group of people needs to be protected from the scrutiny of an artform?