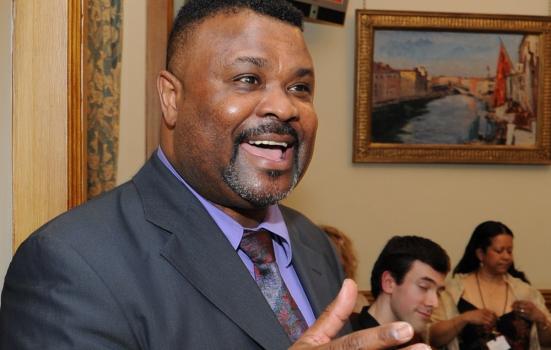 Lloyd was a pioneer who dedicated his life to redressing the underrepresentation of black and minority ethnic (BAME) performers in opera. As a performer and later artistic director he gave BAME performers opportunities to work on the stages where they are traditionally underrepresented. He also encouraged diverse audiences to engage with opera.

He worked tirelessly across geographical boundaries to ensure opera music was accessible to all. His generosity and dedication in reaching out to people of all nationalities, across age ranges, irrespective of background or personal circumstance is testimony to the man Lloyd was – a real people’s champion. Whether it was arts, education or campaigning for change, Lloyd was always ready to carry the fight to the masses. He will be greatly missed.

Lloyd served his community as a secondary school music education teacher for 15 years and as a voice teacher for over 25 years. He was also instrumental in raising funds for numerous charities, including Hope and Homes for Children, War Child and the Stephen Lawrence Charitable Trust.

Lloyd was a nominee for the Creative Britons Award in 1998 and 1999 and also received an award from The Voice Newspaper in recognition of his outstanding contribution to BAME communities at both local and national levels.

Lloyd performed under the name of Bernard Abervandana and is credited with a number of distinguished performances with English National Opera, the Royal Opera House and Glyndebourne Festival. He also toured with Opera North and the Royal Shakespeare Company. He performed internationally at the Lucerne Festival, Switzerland, at the Orange Festival in France and also in Zimbabwe, Northern and Southern Ireland, and the United States.

Due to a lack of funding Lloyd largely carried out the role of Artistic Director of Pegasus Opera Company on a voluntary basis with occasional honorariums for management and supervision.

Pegasus’ educational work has been an integral part of the organisation, culminating in the establishment of Pegasus Opera Singing Academy (POSA), a free educational programme aimed at young people aged 8 to 19. Pegasus Opera also formed an Intergenerational Choir (for ages 12 to 112) working with members of the local communities in Lambeth, enabling them to discover the joys of singing, across all genres and styles of music, from pop to classical music.

Pegasus is rooted in community arts and has built lasting relationships with a multitude of stakeholders, including local authorities, schools, local and national arts initiatives and policy makers.

Lloyd is survived by four brothers, two sisters, 25 nieces, 20 nephews, a son and a daughter.

Kim Morgan is a PR Consultant.

Lloyd Newton names the people who have inspired him most