Tim Roberts, the leading ticketing and CRM specialist in the Asia/Pacific region, died suddenly from a heart attack on 4 April 2014, aged 53. Gone too soon, with many projects under way, he leaves a big hole personally and professionally. 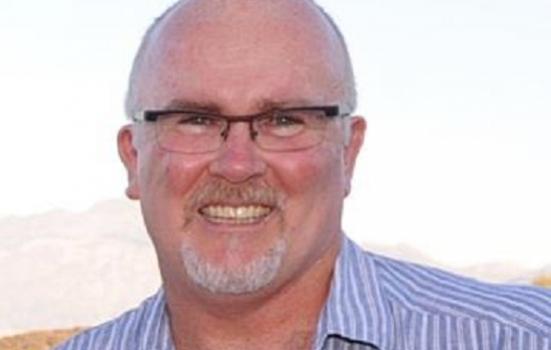 Born in Perth, Western Australia, this is where Tim started his career in ticketing while studying for his B.A. in Arts Management. Perth had a centralised ticketing system for its venues and Tim became an expert, extending his ticketing experience in London as well as Australia. His career was disrupted by a vicious mugging, but he recovered to research and develop the potential for the ticketing database to drive arts marketing and audience development.

Tim established his own consultancy practice, working internationally and becoming an award-winning leader in marketing services for the arts, leisure and entertainment sector. His published work also made its mark: a ground-breaking research report Ticket2Research on Australian regional performing arts consumption in the late 1990s; and the co-authored work ‘Full House: turning data into audiences’ in 2006. Tim and I made an extensive speakers’ tour of Australia and then New Zealand, and it was during these long tours that I came to appreciate his dry humour and wry smile, and love of good food and wine. He was endlessly patient with interviewees and workshop participants, always wanting to get to the bottom of the story, even when working through two-way simultaneous translation. He developed his presentation style to become a successful presenter of keynotes internationally, and to lecture on a series of university arts marketing courses. And of course, his desire to share knowledge and experiences led him to develop the successful Ticketing Professional Conferences in Australia, where he bonded with many people. We shared a view that people are vitally important, even though we talked a lot about technology.

An associate of the consultancies WolfBrown in the US and Baker Richards in the UK, and working extensively with friend and colleague Vicki Allpress-Hill, Tim was involved in many significant initiatives in Australia, New Zealand, the UK and United States, Spain and Chile. A founder member in 2009 of CultureLab, the international consortium of arts consultants, he was in the process of working with the Australia Council for the Arts and Creative New Zealand to deliver capability-building programmes for arts organisations, and on an audience development initiative with Andrew McIntyre. Andrew points out: “It was impossible to be Tim's colleague without becoming his friend.”

Tim was a self-described “magpie”. Alan Brown noted his “preternatural ability to find things on the Internet – articles and reports that no one else in a million years would find. His involvement with the Australia Council’s Fuel4Arts project and later the CultureLab Library, an international knowledge hub for the cultural sector, made a fine contribution to the field. Tim was the quintessential hunter-gatherer, with an uncanny way of making connections between people and ideas”. He leaves a visible legacy in his publications and archived research.

Tim is survived by his wife, Alison Grant, who throughout his career provided support and advice to guide his achievements.