Race to the finish line

Should promoting diversity be integral to arts policy? Yes, if we still expect excellence from British culture, says Jatinder Verma 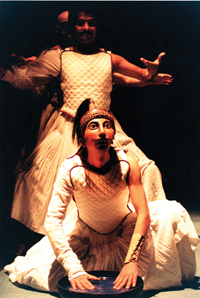 Within the coming decade, the country’s Black, Asian and minority ethnic (BAME) population will have grown beyond 10%. This overall figure masks the disproportionate levels of changing demographics in our cities. By 2020, 40% of London is expected to be non-white. Birmingham is expected to reach 50% non-white – a figure already achieved by Leicester. And cities are – and have always been – the generators of great art.

It seems remarkable that Arts Council England (ACE), in its Draft Strategy for the Arts, ‘Achieving Great Art for Everyone’, appears to have taken little account of the effect that these changing demographics have on the evolution of the nature and range of the arts it wishes to champion. The 2008 McMaster Report stated unequivocally that “nothing can be excellent without reflecting the society which produces and experiences it”. It went on to recommend “that funding bodies and arts organisations prioritise excellent, diverse work that truly grows out of and represents the Britain of the
21st Century”.
The link made by McMaster between diversity and excellence is crucial. To disconnect diversity from excellence opens the way to the idea of diversity as a candidate for separate development – a slippery slope to cultural apartheid. ACE’s draft strategy fails to convince that diversity is at the core of its vision, because it appears to have dispensed with cultural diversity as a policy priority, therefore putting excellence at risk.

MARGINALISING MULTICULTURALISM
In uncoupling diversity from excellence, ACE is creating a situation which has the potential to marginalise diversity outside mainstream arts enterprise. Its draft strategy for the future appears to present cultural diversity in purely social terms: a more equal workforce, equal audience and participant access, freedom from discrimination at all levels and so on, effectively ticking social policy boxes. McMaster, however, had offered ACE the tools for an inspiring vision of diversity as an important part of the creative engine of contemporary arts culture.
The change in emphasis fails to acknowledge the fact that new arts and artists have emerged in England as a result of its post-war population diversity and precisely because of the careful encouragement of diverse practitioners in this period. Exceptional artists such as Akram Khan, Kwame Kwei-Armah, Chris Ofili, Nitin Sawhney, Anish Kapoor, Yinka Shonibare are diverse and excellent and have benefited from ACE’s foresight and its policy of prioritising diversity. This policy has enriched the contemporary arts scene with a wealth of new talent, much of it channelled through BAME-led companies and artists.
In the theatre appendix, one of ACE’s primary ambitions for theatre artists is to “increase the diversity of theatre artists and the work that is produced”. A laudable ambition, particularly as it goes on, in setting out its second goal, to express a desire for “the leaders of our theatres to reflect the diversity of our communities”. The ambition to sustain cultural diversity in the arts wasn’t even achieved in the period when it was a top priority for ACE; what possible chance does it have now?

AN EQUAL OPPORTUNITY
The question of how ACE intends to realise its ambitions raises important issues of equity that the draft strategy does not deal with. In the six years up to and including 2010/11, total BAME theatre funding relative to the total theatre spend fell from 4.7% in 2005/06 to 3.9% in 2010/11. The total spend on regularly funded organisations (RFOs) fell from 1.4% in 2005/06 to 1.2% in 2010/11. These reductions are being made at a time when the BAME population is rising beyond 10%. On the simple basis of equality of provision, this is surely wrong.
ACE initiatives such as ‘Eclipse’, ‘Decibel’ and ‘Sustained Theatre’ have sought to redress this imbalance. These are time-constrained initiatives, however, with little lasting impact, dooming participants to watch despairingly as the Sisyphean boulder rolls down the hill again, and girding themselves to the fate of having to start all over again. The BAME sector is rich in training and professional development initiatives for BAME candidates – but training for what? Development to get where? How many go on to achieve creative careers in the arts? How often has the black glass ceiling been breached?
To make cultural diversity and excellence a clear priority would be an inspiring statement of intent for the future of art in England. It is an artistic principle, and one worth enshrining in policy goals. Severing this principle in two, as it has done in its draft strategy, while at the same time intimating potential long-term funding agreements for the large national (non-BAME) companies, risks creating a two-tier system of arts provision across the nation. This raises justifiable and inherently worrying concerns that the less powerful, secondary tier will effectively be ghettoised.

Jatinder Verma is Artistic Director of Tara Arts.
This is an edited version of an article published at
http://www.tara-arts.com on 14 april

This week Jatinder brushed up on his Greek history with Tom Hollander’s epically atmospheric ‘Persian Fire’, listened to his Dhrupad playlist on Spotify, saw Jim Sheridan’s 1993 film ‘In the Name of the Father’ twice over two days and cried both times, and booked to see David Hirson’s comedy, ‘La Bete’. 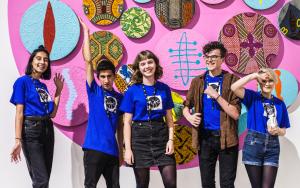