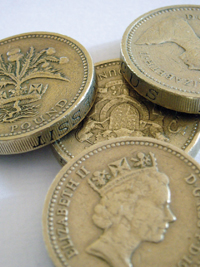 A large endowment for your organisation – wouldn’t that solve a problem or two? There would be a new, effort-free income line in your budget. Cashflow nightmares would vanish. And you would have an investment fund to draw on for sound commercial ideas. For the major US orchestras, endowments are long-established. I remember a team of UK orchestra managers crossing the Atlantic in the early 1990s to explore. They came back with stories of a new world. Endowments were three or four times annual expenditure. Yields were high. Money flowed into each annual budget. The Boston Symphony had the largest. That is still the case – at $300m.

WELL ENDOWED?
Today, America has harsher lessons to teach us. Yes, the big orchestras still have their big endowments but the recession has battered them. Yields are down and orchestra managers are rueing how their buoyant endowments seduced them into loosening the reins: those over-generous settlements with their musicians, conductors and soloists. Across America now, musicians’ contracts are being renegotiated and budgets cut. Did the 1990s explorers import the new world’s ideas? Barely. You would expect the London Symphony Orchestra (LSO) to have been ideally placed to safeguard its future with an endowment. It is a leading UK orchestra. It draws its repertoire from the classical music heritage. It has a long, illustrious history. Its audience includes a large wealthy block. It has toured the USA more than any other orchestra. And it is based in the City of London.
The LSO Endowment Fund does exist and last year LSO President, Sir Colin Davis, made a generous gift and challenged audiences and supporters to join him to raise £1m “to secure the orchestra’s legacy for future generations and to attract the players and artists of the future”. Only £4m sits there, a quarter of annual expenditure, not the multiples of the well-endowed across the water.

DO THE MATHS
Can we pause for some simple sums for a moment? Suppose your arts organisation was blessed with an endowment of £4m. Suppose

your trustees have decided, quite reasonably, that they want the endowment’s real value to increase, or at least not be eroded. And suppose you are achieving an annual yield of 5% – not bad in the current climate. How much could you put into your annual income budget? Well, 5% of £4m is £200,000. That sounds good. But hang on, what about inflation? The Retail Prices Index in April was 5.3%. So your trustees would stop you putting a penny into your endowment income budget line and might ask you to divert some time and energy into rebuilding the endowment’s value. This bit of arithmetic lifts the bonnet on an endowment’s machinery. The income doesn’t just flow. You need investment advice, which is often expensive and sometimes unreliable. Values are important to arts organisations, so expect heated discussions about an ethical investment policy. And there will be pressure to keep building the endowment up, and that needs staff skilled in a specialised form of fundraising including legacies.
WIDER VIEW
Now let’s pan out from orchestras to the whole arts scene, and look at the whole of the UK today and not just the special case of London. Many arts organisations outside London are struggling with individual giving and sponsorship. They do not have the skills, time or resources to build an endowment. Many are young and engaged with risky, contemporary work. For example, a British Arts Festivals Association 2008 report found over half (52%) of all festivals were established after 1990. A quarter started less than seven years ago. It is foolish to suggest an endowment for arts organisations like these.
What is the new government saying? The Coalition Programme makes no mention of endowments, but the Conservative Party’s arts manifesto said this: “Setting up endowments is the next big frontier for arts organisations to cross”, and it offered some incentives. Fast forward to Jeremy Hunt’s first speech as the new Secretary of State on 20 May. The talk of a big new frontier had gone. Instead he advocated longer-term funding settlements which, amongst several effects he listed, “could help those organisations which already have, or want to develop, endowments”. A sensible softening of approach. Endowments are created by the wise in the time of plenty. A large endowment for your organisation now? We might have tried during New Labour’s 13 years, when inflation was low and arts funding doubled. The time is not now. The recession and the prospect of cuts means hard work sustaining annual budgets. Nothing is effort-free. 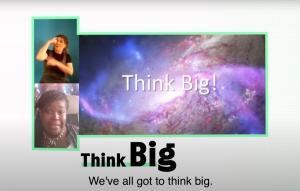 Arts and health: think big and embrace the opportunities
Still waiting for the breakthrough
A proud partner of health
Healthy evidence
Healthy prospects
Jam tomorrow
Who should lead the arts sector?
Crits