Belts are tightening and cuts are looming: are local authority arts officers fighting a losing battle? Eleanor Turney talks to arts officers from across the UK. 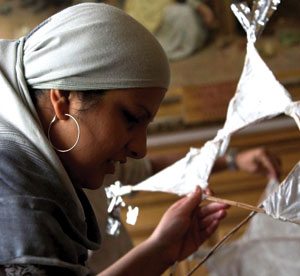 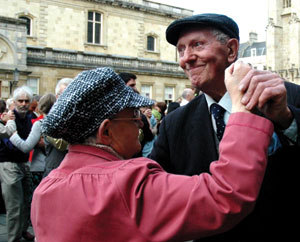 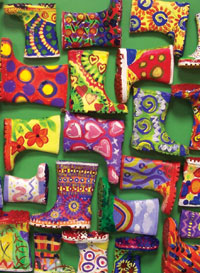 As the recession continues, it is clear that local authorities’ (LAs) budgets are being cut, and arts departments cannot be immune from this increased financial pressure. AP spoke to arts officers from across the UK, and there is no doubt that money is tight and likely to get tighter in the coming months. All but one of the 30-plus arts officers contacted, mentioned potential or actual cuts as a key issue, with an increasing need to demonstrate value for money. Arts departments are either in danger of being squeezed out altogether, or are being asked to “deliver more with less”. It seems obvious that this is not a sustainable way to continue.
So what can arts officers do to fight their corner? Adele Poppleton, Arts and Creative Economy Development Manager at Kirklees Council, believes that “the strength of local government is that it is responsive to local need”, so perhaps some of the responsibility lies with local people and organisations to demand (and vote for) councillors who are enthusiastic about the arts. One ex-arts officer points to “the ignorance within most LAs regarding the value of the arts”, while several mention that all non-statutory services are an easy target for budget cuts. Another summarised the situation: “Whilst arts officers have always been good at developing projects on a shoestring, it feels more like creating a full-scale opera on a bootlace at the moment.”

For Art’s Sake
Among the LAs where the arts are valued, there is another fear emerging. None of the arts officers who spoke to AP mentioned the intrinsic value of the arts – except those who highlighted the lack of recognition for this crucial aspect. The arts are increasingly being used to deliver other agendas, to the extent that instrumentalism is in danger of overpowering artistic vision. The arts have necessarily become adept at making the case for the instrumental benefits they can bring, but this is now happening at the expense of entertainment, enjoyment and artistic worth. One arts officer, who wished to remain anonymous, told AP that she had observed “a move from enjoying the arts, to viewing arts as a tool for social change, often when every other service has failed”. Not only does this attitude seem to set the arts up to fail, but it puts arts services in the place of the last resort rather than top of the bill.
Many arts officers highlighted an increased demand from their councils for partnership work, particularly in environmental or health-related projects. One said, “the community/health/well-being benefits of cultural projects have to be highlighted for them gain support”. Emma Andrews, from Warwickshire District Council thinks “we’ve seen a real step-change in how arts is viewed within the authority, particularly in terms of how arts can be used to meet other agendas”. There is a whiff of desperation about some of these collaborations – excellent though the results may sometimes be: a sense of chasing the money rather than developing projects for their own sakes. Another arts officer puts it more bluntly, “Arts and health is something of a boom area and, as funding is available, we are working more closely with the Primary Care Trust and health providers.” While there is a place for the arts in health provision, and it can only be a good thing that the benefits are being recognised, it can’t be a case of either/or. People might begin to wonder if they have to be ill before someone will fund their arts activity.

Double Jeopardy
Arts officers are under a double pressure to forge these partnerships, and to make them work. Not only are LAs pressing for the arts to address their social agendas, but the money is in these other areas and the arts therefore need to fit in with the funders’ visions. There was a lot of talk among the arts officers AP spoke to about “how to add value”, how to demonstrate cost-effectiveness in the absence of concrete statistics and how to “make the value of [our] spend as visible as possible”. Patricia Dixon, Arts and Young People Manager for Birmingham City Council, mentions the problems of “how to respond to the challenge of accessing budgets held in education and social care by improving the evidence base to support commissioning of arts organisations to deliver against their objectives”. Loz Samuels, Arts and Play Development Officer for Wyre Forest District Council, says that they are “under increased pressure from the community to deliver. It’s fantastic that the hunger for arts development work has increased”. While local demand must be a cause for celebration, Samuels warns that “we are starting to see real impacts on our service… less resources and budget cuts”. Beate Mielemeier, Arts Development Officer in Rochdale, highlights the need for projects to be “well documented and evaluated”.
It’s not all doom and gloom, however. Chris Dixon at Ashford Borough Council was remarkably upbeat. He sees these partnerships as “new opportunities” and is aiming to “devise a long-term plan for a new Arts Vision”. Peter Salt, Arts Development Officer for Bath and North East Somerset Council, is also thinking about the future, and planning ahead: “We are increasingly augmenting our financial support to arts provision with packages of advice and training for arts organisations, artists and sole traders. Our aim is to… enable them to be more strategic about how they generate income and reduce their dependence upon local authority support. Skilling people as well as subsidising activity seems a more logical route to building sustainability.”

Polar Opposites
As arts officers are forced to develop partnerships across departments to survive, let alone flourish, the support and advocacy of the regional officers for Arts Council England (ACE) becomes even more important. Interestingly, questions about relationships between arts officers and the regional offices of ACE elicited very mixed responses. The best relationships are “very supportive” and take arts officers’ views into account, although many felt this was down to shared history, and that new officers in either post would find it harder. However, several arts officers were unstinting in their criticisms (they all, unsurprisingly, wish to remain anonymous). “The LA liaison officers do not liaise,” one told AP, while another accused their local ACE officer of “not really grasping the problem or the scale”. A number describe the relationship as “very poor” or “nonexistent”, with “intermittent support”, and there are fears that the imminent restructure of the regional bodies will be detrimental.
Looking to the future, there was a feeling of uncertainty, although there were places where the future looks either “reasonably positive” or, conversely, “grim”. Several arts officers said that financial hardship has forced them to work more creatively, but many felt that “discretionary services are seriously under threat”, and one feels “like I need even broader shoulders than ever before”. The only person who went against the expected opinion that arts services deserve to be fought for was the Manager of one Arts Development Service, who said, “Our service is not sacrosanct and I can’t argue that it’s more important than other council services, because it’s not.” This sentiment might well dismay arts organisations in her area.

Shining Examples
This all seems pretty bleak. There are glimmers of hope, but they are mostly found outside England. Belfast City Council is doing things differently. Kerrie Sweeney, Tourism, Culture and Arts Manager, says, “Our objective is to create a vibrant, cultural capital where arts and culture are… at the centre of economic, social and environmental regeneration… which inspires, empowers and elevates.” She recognises the benefits of the arts to help regeneration, but places them at the centre rather than shoehorning them in as an afterthought. She is also aware of the intrinsic benefits, as well the arts’ ability to boost the city’s cultural and economic infrastructure. Lorraine Grant in Aberdeenshire is similarly refreshing: “I hope we are developing a reputation for being supportive of and committed to our resident artists and arts organisations, even in times when resources are tight, because without
them many lives in Aberdeenshire would be far less rich.”
When non-statutory services are under attack, there is a sensible argument to be made for piggy-backing on a statutory one – hence the increase in partnerships with health work. However, during difficult times, the sector needs strong, committed arts officers who will fight to preserve and extend their service for its own sake. While most of the arts officers AP spoke to remain convinced of the importance of their service and determined to fight on, there was a worrying lack of talk about the intrinsic value of the arts. By working more creatively, and harder, many arts officers are making the best of a challenging situation. The lingering question, though, is when did the instrumental agenda become the only thing anyone can find time or money for? When was that argument lost?

Eleanor Turney is Editorial Co-ordinator for ArtsProfessional, and Deputy Editor of Sound and
Music’s INTO magazine.