One step at a time

In the third of our special series on surviving the recession, Caroline Miller urges the dance world to seize its chances while the profile of the artform is high. 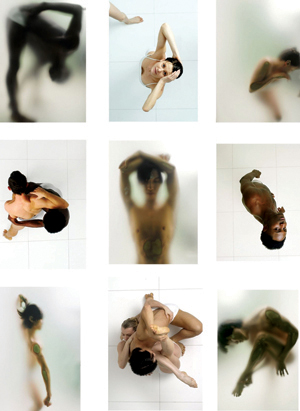 The dance sector is used to surviving on limited resources, so we’re in a strong position going into this recession. The business skills developed within dance are all about how to get ambitious ideas off the ground when faced with seemingly impossible budget targets and usually low income potential. This type of economic model produces artists and administrators with nerves of steel, which will prepare dance well psychologically for being faced with what will be a protracted period of financial difficulties. Early responses from within the sector reflect this resolute entrepreneurialism. Tomorr Kokona, Artistic Director of both Culture and Arts and Dance Challenge, told Dance UK, “The recession is here to stay. Budgets are being slashed. So what should we dance event organisers do? Hibernate? Give up? Or fight on? Of course we must fight on, but we can do more than survive. In a recession, opportunities do open up; what was impossible sometimes becomes achievable because the recession creates new rules, new attitudes”. He advocates that dance promoters and organisations should use this moment as an opportunity to review projects, tighten up business planning, strengthen marketing and improve communication. Nadia Stern, Chief Executive of Rambert Dance Company, also believes that now is not the moment for the dance sector to become timid: “When time and money [are] in short supply, we need to provide even more compelling reasons for audiences to spend time with us. This is the moment for bold ideas and brilliant execution. There is no magic bullet, but at Rambert we are increasing our investment in creative activity and are constantly seeking new ways to engage audiences.”
Flying high
Dance is riding on the crest of a wave going into this economic downturn. Demand for dance is high. For the first time in decades, dance is a hot topic, whether it is on prime-time television or the Government talking about setting up a dance task force. Supermodels and pop stars are regularly spotted at contemporary dance events, and choreographers are being turned into rock stars and programmed in music venues. We need to maximise the benefits of this new profile and use the demand to our advantage. The choreographer Wayne McGregor is a prime example of this – ‘Entity’, his latest show with his company Random Dance, has led to an extensive international tour of nearly 100 dates. The large number of European dates means the company has benefited from the strengthening value of the euro, whereas the opposite impact is being felt by British venues and festivals booking European artists. Rebecca Marshall, Executive Producer of Wayne McGregor | Random Dance and Vice Chair of Dance UK, highlights that the popularity of the tour and the large number of dates has allowed her to maximise income and given her some room to negotiate with venues when necessary.

Home truths
However, there is a different picture within the UK. There are a limited number of venues taking dance touring in Britain, and programmers tend to set aside a low number of dates for dance. As venues’ income is squeezed (exacerbated by funding cuts from a growing number of local authorities), some are tempted to cut back on dates for dance, which is viewed as a risky programming choice. This limits the number of dates that particularly small- and middle-scale companies can secure for their tours. For our major touring companies, the increased demand to deliver large audiences to venues presents new challenges. Mark Skipper, Chief Executive of Northern Ballet Theatre (NBT), sums up the dilemma he faces: “When it comes to surviving the recession we are looking more closely at our programming. Just less than 50% of the NBT’s income is earned from private sources or the box office. The company doesn’t want to, nor can we, scale back on activity, so it is essential we meet box office targets. The artistic programming over the next two years will therefore have to be a little safer than the norm and it will not be able to take the risks it would like to take.” He explains, “In NBT’s terms its work is fairly ‘safe’ anyway, but commissioning Cathy Marston to choreograph a new full-length production was a risk, ‘Hamlet’ was a risk, even a mixed programme is a risk. This is because they push the boundaries of what our audiences expect and [are] outside the boundaries of what the company normally does. NBT won’t be able to take such risks over the next year or two, therefore no new full-length works are being commissioned and it has programmed what it considers ‘safe’ repertoire such as ‘Romeo and Juliet’ and ‘Peter Pan’. This may receive criticism from some quarters, but it is the reality of a company touring to a new venue each week competing against the big musicals with star names and also largely appeals to the majority of audiences”.
NBT has always had a strong connection with its audiences – the company has won the Critics’ Circle National Audience Award three times – so it is by focusing on audience development initiatives that NBT plans to ride out the recession. It is promoting a subscription scheme that offers a substantial discount for audience members booking a number of productions in advance. Skipper says: “This is proving popular with audiences, it provides NBT with advance bookings and works better than flogging last-minute deals, which can give out the wrong message to the audience”.
Bated breath
But the majority of the dance industry is made up of independent dance artists with portfolio careers, spanning choreography, teaching, performing, etc. and the impact of the recession on them is yet to be fully revealed. Choreographer and Dance UK Board member Kate Prince, who is the Artistic Director of the street dance company ZooNation, thinks the dance community is probably still waiting to feel the full effect of the recession. She says, “There is still plenty of work out there. I have noticed, however, that we have had to decrease our corporate budgets this year, and I have had to accept almost half of my normal fee when working with artists in the music industry”. This bodes ominously for things to come. However, there is still an air of positivity in the dance world. Our moment has come and we’re not going to let it slip by. As Tomorr Kokona says when he stresses the increased importance of tight management during the hard times, “Always evaluate your success against your targets. Learn from mistakes – but remember your successes too. There will be plenty of them if you believe you can succeed – even in this recession”.