Grand Opera House loses out in ACNI funding round 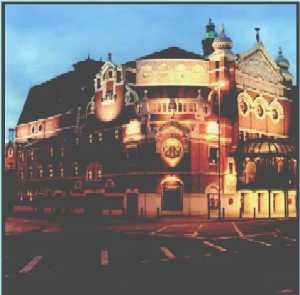 The Arts Council of Northern Ireland (ACNI) has released its funding plans for the future arts infrastructure in Northern Ireland, with £9m of the £12m available from the ACNI Lottery funds over the next three years being set aside for major capital provision in Belfast.
This move has been warmly welcomed by Imagine Belfast 2008, the organisation spearheading Northern Ireland?s bid for the title of European Capital of Culture. The city?s initial bid, to be submitted by March, has to show plans to develop the infrastructure, and according to Roisín McDonough, Chief Executive of ACNI, the current round of funding decisions reflects the ?critical need for landmark buildings?. At the heart of the investment is up to £3m to be dedicated to a proposed new arts centre in the city's Cathedral Quarter, including a major venue for visual arts exhibition. A further £250,000 goes to Conway Mill for refurbishment; and up to £100,000 is available to develop a new proposal for the role of the Belfast city centre facility.

However, a bid by Belfast Grand Opera House for money to develop an arts complex has been rejected. The development would have included a 400-500 seat multi-purpose theatre space for mid-scale touring productions and local amateur groups, a community space for workshops and other activities, and improved public areas with more front of house space and up-to-date facilities. ACNI has made it clear that the acquisition of an adjacent site, a prerequisite for the development, was not a strategic priority and instead has earmarked £2m for the Grand to build upwards on a small plot behind the Theatre, to provide offices and dressing rooms. According to Derek Nicholls, Director of the Grand Opera House, such a development would provide a badly needed extension and improvement to backstage facilities, but ?... do nothing to provide modern facilities for the three hundred thousand people who pass through the doors each year and completely rules out our only opportunity to improve facilities in the Theatre for disabled people.?