Government figures suggests the gap in participation in the arts between the most and least deprived people widened as the country emerged from Covid restrictions. 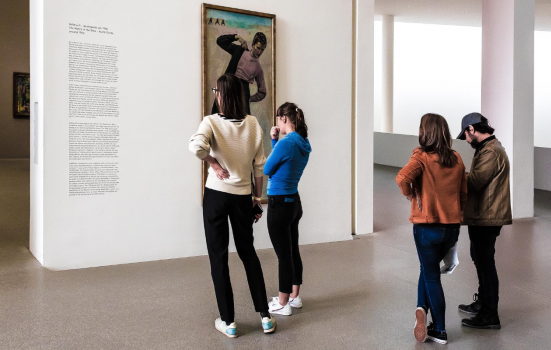 The gap in participation in the arts between the least and most deprived people in the country increased in the first three months of this year, according to results from a government study.

The DCMS Participation Survey measures participation in the arts across ten levels of deprivation. Between January and March this year, an average of 83.4% of the population in the five most deprived levels physically participated in the arts, compared with 83.8% between October and December last year, a decrease of 0.4 percentage points.

Across the whole population, reading books and magazines was found to be the most popular way to physically engage with the arts (63%), followed by going to the cinema (38%) and playing video games (36%).

Just under 20% of the population said they attend live music performances or go to the theatre.

The report notes that as levels of deprivation increase, engagement decreases, with the two most deprived deciles engaging the least in the arts. It adds that adults from higher managerial, administrative and professional occupations engaged in physical arts more than other occupations (93%), while adults in the "never worked" and "long-term unemployed" classifications engaged the least (75%).

The Audience Agency CEO Anne Torreggiani said findings from its Cultural Participation Monitor and Audience Spectrum Analysis support the idea that the gap in engagement between the most and least deprived groups has generally widened due to Covid.

“This is part of the story of widening inequality that came out in the whole Covid-19 Impact Study we did with the Centre for Cultural Value, which led to the policy recommendations launched in May.”

Among those recommendations was that government should develop a comprehensive strategy to improve equality, diversity and inclusion in the creative and cultural sectors, which would acts as a catalyst for greater representation among underrepresented groups in the arts, including those from lower socio-economic backgrounds.

Across the whole population, listening to pre-recorded music or dance events was the most popular form of digital entertainment, totalling 15%.

Torreggiani said TAA’s recent findings also suggest digital is yet to reach larger audiences: “It continues to reach art-interested and those who were engaging in digital culture before the pandemic, but there’s no change in the finding that digital has not yet helped us to reach different people.”

Analysis of the participation gap in museums between the most and least deprived areas of the country suggests it stayed the same at the start of the year.

Visits to museums from the population living in the five most deprived groups increased from 20.6% in October to December 2021 to 22.2% in January to March 2022, and increased among the five least deprived areas from 25.2% to 26.8% across the same time period, maintaining a participation gap of 4.6%.

The Museums Association (MA) recently called on government, arms-length bodies and local authorities to support the museum sector, as the cost-of-living crisis threatens to impact the number of visitors.

According to Public Sentiment research from the Association of Leading Visitor Attractions, the cost of living has now overtaken Covid as the principal reason audiences would not visit an attraction.

The MA has warned that the rising cost of living may make visitors less likely to visit institutions which are not free to enter.

It has also called for strategic investment to ensure museums are “able to act as warm spaces for communities during the winter", suggesting they are likely to be used by people unable to warm their own homes.

The decreases in participation must be taken seriously and actions should emerge once the real impact is felt. However, readers will find it difficult to understand the impact of, say, a 0.4 percent decline. It does not mean much to the average reader. What would have been useful, as a example is the decline in the number of visits by a clearly defined participant. Other measures should also be used to support the statistical results.