Is it time for quotas?

Having recently announced that South East Dance is to produce an all-female dance programme, Cath James discusses the complex issue of gender quotas. 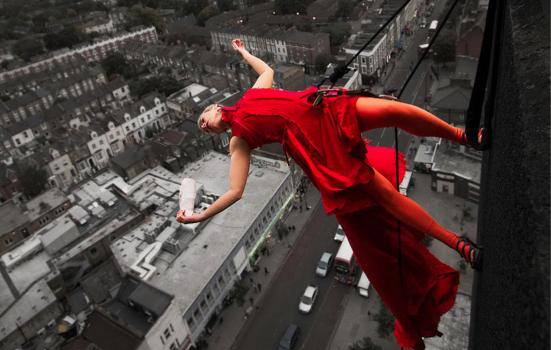 Gender equality and quotas. It’s nothing new, right? It’s a conversation that has been going on for decades. Back in 1985 I was performing in an all-female choreographers dance programme in Brisbane – the work commissioned and presented specifically to address the lack of the female perspective on dance stages in Australia.

“Within any quota, what would be in place to make sure that older, disabled, working-class women, women of colour or trans women don’t remain excluded?”

In 2013 dance critic Luke Jennings gave us a well thought through assessment of the UK dance scene, from which I quote my good friend, the late great choreographer Janis Claxton: "It's a nightmare for those of us who watch as men get given chances they are simply not ready for while we graft away at our craft and take smaller-scale opportunities…. Women quit because they don't get the support that their male colleagues get, and having to push constantly against this outrageous gender inequality is infuriating."

Then we had a UK first in 2015 in The Bench, a programme established by Tamsin Fitzgerald, Artistic Director of 2Faced Dance Company. It was a direct response to serious concerns about the lack of equality faced by female choreographers within the dance sector.

Has anything changed since then? Is it time for 50/50 quotas? This is a question I posed to a panel of dance industry programmers, creative directors and independent artists and choreographers in March, as part of a debate at Brighton Dome during International Women’s Day celebrations. What was immediately clear is that this is not a simple issue. Many points came across, but three really stood out for me:

1.    What does gender equality even mean?

What might a gender equal quota look like? Clearly, even the very notion of 50/50 is not equal in itself. As dance artist Es Morgan pointed out: “When we talk about 50/50, who are the 50/50? Because I’m not represented in either of those 50s, and non-binary and gender non-conforming people are explicitly left out. Can we find a more inclusive starting point? I understand that quotas are a blunt instrument, but language matters. Where we start is important because it tells people who is included. Within any quota, what would be in place to make sure that older, disabled, working-class women, women of colour or trans women don’t remain excluded?”

So, any quotas need to take into account the non-binary, multi-faceted nature of human beings, as Dance Umbrella’s Festival Producer Rob Jones pointed out: “I can’t focus just on gender. I think it’s important to have an intersectional approach on the world. If we’re talking about quotas we need to bring everybody along – race, socio-economic background, ability. We need to keep the conversation as broad and as open as possible.”

In an increasingly financially squeezed arts sector, does this make it even more difficult to develop programming that prioritises equality over the pressure to sell tickets? As Rob Jones says: “As arts organisations we are dependent on income – we’re big beasts and we need to be fed. The Creative Case for Diversity definitely set a tone for how people wanted to engage with or work with artists and that has felt tokenistic at times.

“But there’s also the reality of people having to sell tickets, and only certain artists can do that on a large scale. You can’t give a concert hall stage that costs thousands per day over to someone unless they’re going to sell tickets – you can’t lose money. We are big beasts and I’m not saying that’s right, but what can you do? You have to feed the beast.”

3.    It’s helpful to visualise a future in which quotas are obsolete

What might the place of arrival look like? If we did have quotas, what would we want them to achieve? We mostly agree that equality is good, but when achieving it means exposing difference in the first place, how equal is that anyway? It’s useful to envisage a future where quotas are obsolete.

As artist and choreographer Alexandrina Hemsley said: “In the future, discussions around gender representation are navigated responsibly and happen as frequently in the small spaces of heads on pillows and latenight dancing as on panels such as these.

“In the future, 50/50 ideologies fade to dust because they are too narrow, too binary and mistake equality for equity or justice. To paraphrase political activist Angela Davis, equality is not to be understood as achieving status or parity with white, able-bodied, cis men because that status is contingent on the oppression of other peoples. In the future, everyone has transformed the meaning of patriarchy so that it no longer operates by domination. This has been done without loss of men or manhood.

“In the future, no one ever assumes that the most visible part of your identity is to be called upon to produce something of value to an institution while the bearer is isolated. That is tokenism. We cultivate and tend to all our parts, particularly the invisible parts, the parts that perhaps are not aesthetically expressed or signified because of an empowered choice to refuse, or otherwise.”

So, quotas? A thorny issue, but with Rachel Gibson beside me as executive director, we, as an all women leadership team, are going to champion the women. All women. Smart women, critical women, diverse women.

Is it time for quotas?