In a consultation on its new 10-year strategy, the funder also heard from ‘many’ that funding should be reduced for the largest organisations, and that it is seen as using too much jargon. 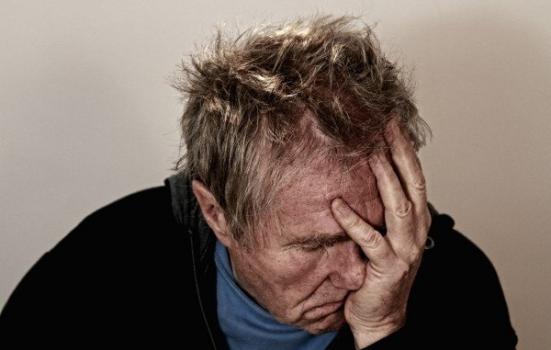 Funding portal Grantium has been labelled a 'nightmare' by users
Photo:

Arts Council England (ACE) has admitted that its “intuitive” funding portal Grantium, intended to “bring [ACE] into the 21st Century”, is seen within the sector as a failure.

Summarising comments from a public consultation into the funder’s upcoming 10-year strategy, the national funder conceded that there was a “widely shared perception” that the grant management system was “not easy to use” and “should be replaced by a more user-friendly system”.

The findings follow years of mounting frustration from grant applicants with the “nightmare” system: the ‘Grantium’ hashtag on Twitter reveals virtually no positive tweets. One user described the portal as both “the most hated software” in the arts and “the least intuitive thing you’ve ever had the misfortune of using”.

The comments emerge from a newly-published ACE report, summarising responses from arts organisations and other sector stakeholders to a recent three-month consultation on its new 10-year strategy.

Through 37 workshops hosted across the country, and an additional six sessions held with children and young people, the funder asked both what it should start and stop doing in the future.

ACE heard from “many” that funding should be reduced for the largest organisations – “many of which were perceived to be well-placed to source alternative income”.

Others told ACE it uses too much jargon and inaccessible language, that it micro-manages, and that it has unfair expectations of how organisations might diversify income to boost resilience.

“There was also the view that funding should be reduced or withdrawn from organisation that do not deliver on key outcomes (particularly on diversity targets) or that are generally perceived as failing,” the report adds.

ACE said it was feeding back comments heard in the consultation period in an “open and honest way”, but stressed their inclusion “does not mean we necessarily endorse or agree with them”.

The report notes that people generally agreed with ACE’s case for change, backing its aims that people from every background benefit from public investment in culture; to ensure that creative R&D and talent development flourishes; and for England’s diversity to be fully reflected in the organisations it supports.

Speaking at East London Dance’s 2019 Ideas Summit at Stratford Circus Arts Centre earlier this week, ACE Deputy Chief Executive Simon Mellor reflected on the development of the 10-year strategy, saying the key for the future would be a “genuine process of collaboration and sharing of resources”.

He set out a series of eleven drivers that would influence ACE’s strategy, which he said were “deliberately designed” to provoke.
These included comments that there was an “entrenched imbalance” in engagement with publicly-funded culture, and that a lack of diversity in governance, leadership and workforce remains “intractable and unacceptable”.

“How long will the public tolerate the money it contributes through taxes and lottery being spent on organisations that don’t look like them?” he asked.

Mellor pointed to a range of other drivers of change, including:

Mellor also asked why parents do not seem to care as much as the arts sector about the decline in the formal provision of arts education in schools, and how many of the funded organisations have business models that will “be able to withstand the further declines in public funding that we expect”.

But it was his comment that relevance is “becoming the new litmus test” that provoked the strongest reaction. He told the audience that it will “no longer be enough to produce high quality work…you will need to be able to demonstrate that you are also facing all of your stakeholders and communities in ways that they value”.

Many commentators in the arts sector reacted with confusion and concern to the statement. Soprano Gillian Ramm wrote on Twitter: “How on earth does one really decide what is and isn’t relevant? Relevant to whom? Genuine question, I’d like to know how these decisions are reached and by what criteria.”

Academic James Doeser said the statement was a further development in the funder’s rationale for distributing funding. “The casse-tête (as they say here) for ACE is always what reasons can/should they offer for dispersing finite resources to their preferred grantees, and what sorts (and size) of contortions are they prepared to go through.”

Mellor’s comments were slammed by the Movement for Cultural Democracy, which tweeted: “WOW - after conducting an expensive & methodologically questionable consultation, in a bid to increase its relevance @ace_national cd be edging towards supporting a SUPER-CENTRALISED, ultra-bureaucratic, mega-watered-down & ANACHRONISTIC version of #culturaldemocracy. Can't wait!”

But others welcomed the potential change. Martyn Allison wrote: “This is a fundamental shift and one I never expected to see. Like Sport England the focus is no longer on the product and the producer but on the participant. So pleased we have finally realised we fund these services and activities for the people who need them and pay for them.”

ACE has been keen to stress that excellence and relevance will not be placed in “binary opposition”, and that it has “not yet” determined what criteria it will use to make funding decisions in the future.

A draft strategy will be shared for further consultation this summer, and the final plan will be published in autumn 2019, taking effect from April 2020.