New analysis by Nesta assesses the context in which UK arts and culture organisations operate as Arts Council England consults on its next ten-year strategy. 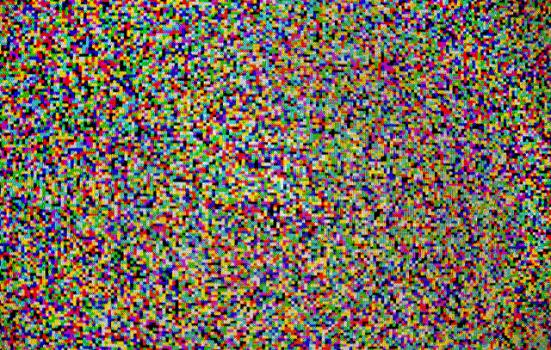 checoo on Visualhunt / CC BY

Arts organisations should create a “culture of experimentation” over the next ten years, characterised by small-scale testing and structured digital experiments, Nesta has recommended.

They should also develop a more systematic and rigorous approach to capturing and analysing data and grow partnerships which allow them to reach new audiences.

The recommendations are the result of a ‘rapid horizon scan’ of the context UK arts and cultural organisations are operating in, with a focus on the impact of new technology, which was commissioned by Arts Council England to support the development of its forthcoming ten-year strategy.

The review is accompanied by a series of provocations by arts leaders, questioning how prepared arts organisations are for further digital experimentation and recommending sweeping changes to employment practices.

The arts and culture sector is described as being “characterised by continuity rather than change”, in contrast to other sectors, such as retail and travel, where the digital revolution has already led to seismic change.

The report identifies a series of barriers to change in the arts – including limited finances and a lack of staff time and skills – which tally with recent Nesta research, which found arts organisations are engaging in fewer digital activities.

Nesta predicts competing potential futures, with digital capabilities either being concentrated in the hands a few large organisations or becoming the catalyst for an “explosion of different business models”.

Going forward, the report emphasises the need for arts and cultural organisations to leverage data and form sophisticated partnerships in order to reach a wider audience and address current inequalities in arts engagement. Doing so, it warns, will be will be critical to sustaining public funding for the arts in the future.

A lack of digital skills is highlighted as “a systemic problem throughout the sector”. Nesta also warns that a lack of diversity in the workforce means the arts and cultural sector is not representative of society, and that the development and supply of talent is threatened by Brexit and the de-prioritisation of cultural education in England.

In a provocation written for the report, Mark Robinson, Founder of Thinking Practice, calls for the cultural sector to collaborate and share workers more, as well as increasing investment in skills.

The scan comes as Arts Council England renews funding for digital agency The Space and announces the launch of a new digital skills network.

Nesta’s Director of Arts Programmes and Investments Fran Sanderson told AP she thought overcoming digital barriers was particularly difficult for some organisations, such as local authority museums, which may not have access to their own data or the ability to set up their own website. She added these challenges may be easier to overcome in some situations than diversity obligations.

But she was optimistic that arts organisations would succeed, stressing the arts are full of people renowned for thinking laterally and an “increasing number of digital natives”.

Responding to the report, Chris Michaels, Digital Director of the National Gallery, told AP: “Arts and cultural organisations are embracing new technologies in the creative work they do in increasingly impressive ways – in theatre, opera, museums and more, some remarkable things are starting to happen. But elsewhere we have real and significant changes to make.

“Using data and insight to better meet the needs of our audience, and evolving our business models based on what we learn is an urgent need, and will become only more urgent in the years ahead.”