The contracts for Scottish arts organisations currently in receipt of regular funding will be extended until the end of May 2018 to mitigate the effects of the delay. 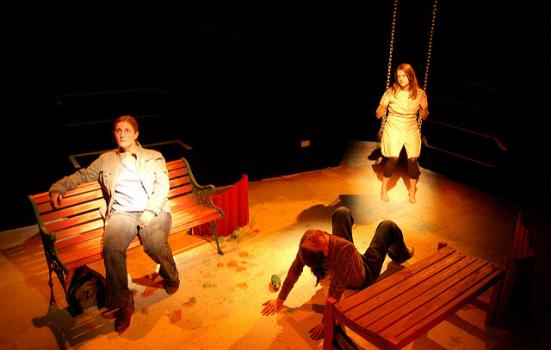 A performance at Citizens Theatre, a current RFO
Photo:

Scottish arts organisations have been told they must wait until the end of January 2018 to hear if their applications to become Regularly Funded Organisations (RFOs) for 2018-21 have been successful.

The news follows repeated warnings by Creative Scotland that the number of RFOs will fall and successful organisations should anticipate cuts.

It also comes alongside a letter signed by Scotland’s culture sector warning the Scottish Government that damage caused by further funding cuts would be “irreversible”.

In a new statement sent to all RFO applicants this week, Scotland’s national funder reaffirms it will not find out its own budget settlement from the Scottish Government until mid-December.

“At that point, we anticipate that further work will be required, regarding how the overall budget is allocated and the final profile of the proposed network of Regularly Funded Organisations,” writes Iain Munro, Deputy Chief Executive of Creative Scotland.

“We are committed to doing everything we can to announce these decisions as soon as possible after this but it is now clear that this will not be before Christmas.”

Recognising the decision may create problems for some of the 118 arts organisations in receipt of regular funding, Creative Scotland has pledged to extend contracts for current RFOs until the end of May 2018, based on current funding levels, and to begin funding for any organisations new to the network from 1 April 2018.

In addition, it has pledged to provide “transitional funding” for existing RFOs that are unsuccessful in their applications for continued funding.

In the letter Munro highlights a decline in income from the National Lottery and stresses it is “likely” that cuts may be introduced for successful organisations, requiring time to “negotiate revised plans and agree a funding contract”.

“We therefore suggest that it may be helpful to consider planning a board meeting for your organisation shortly after our announcement of decisions, to reflect on the outcome,” he writes.

The announcement follows a recent plea by Scottish Minister for the UK Government to intervene with a “recovery plan” to offset year-on-year declines in National Lottery funding.

In a joint letter to Culture Secretary Karen Bradley, Scottish Culture Secretary Fiona Hyslop and Sports Minister Aileen Campbell noted returns to good causes fell by 14% last year, with a further drop of 4% in the first half of 2017/18.

Following the announcement, a group of arts organisations, including Scottish Contemporary Art Network, the Federation of Scottish Theatre, and Arts & Business Scotland, have penned an open letter urging the Scottish Government to value arts and culture.

“We have now arrived at a tipping point where even a small cut to Creative Scotland’s Grant in Aid, alongside reductions in Lottery and local authorities, will devastate Scotland’s cultural infrastructure,” the letter reads.

“Conversely, a very small increase in funding would allow the core infrastructure of arts and culture in Scotland to survive and to thrive.”

Signatories also contrast Scotland with England, saying Creative Scotland would need an increase of £22m on the 2016 budget to match the real-term level of 2010. “Arts Council England, by contrast, this year announced £170m new investment into 180 additional National Portfolio Organisations.”