A ‘brand Wales’ campaign would raise the profile of culture and help the sector raise more non-public funds, the Welsh Assembly has been told. 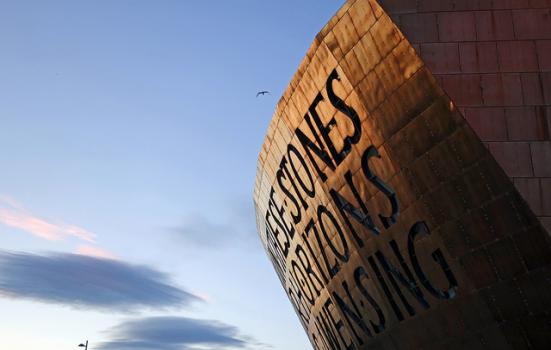 Allie_Caulfield via Visualhunt.com / CC BY

Arts leaders in Wales have called on the Welsh Government to launch a campaign to promote the value of arts and culture and encourage more private giving.

Appearing before a Welsh Assembly committee on Wednesday, representatives from the country’s national companies and the Arts Council of Wales agreed such a campaign would address the difficulties of raising money in Wales, which is competitive and “only becoming more difficult”.

“It seems to us as national companies that the profile of culture and the arts within Wales as a whole is not as high as it could be,” said Paul Kaynes, Chief Executive of National Dance Company Wales (NDCW). “If you think about some English regions… I think there’s a closer relationship between arts organisations and businesses.”

He added: “If arts and culture were at the heart of the brand of Wales, that immediately makes our jobs much more straightforward in talking to business people and philanthropists.”

Some hinted a national campaign would be most effective at attracting internal donors, with Mathew Milsom, Managing Director of Welsh Millennium Centre, suggesting an international showcase to align trade, sport and culture would work well.

Nick Capaldi, Chief Executive of the Arts Council of Wales, said he was open to the idea of an advocacy campaign.

“There is a perception in Wales that arts are the business of Government and the public sector, so people needn’t worry about them,” he said.

“We have a job to do in a country where people are experiencing real difficulty – to persuade them that giving to the arts is not just a luxury, it’s a fundamental part of national wellbeing.”

The Welsh Assembly committee convened to discuss various forms of non-public giving to the arts, challenges facing arts organisations, and examples of innovative new approaches, as part of its inquiry into non-public funding for the arts.

Respondents concurred it has become more difficult to raise cash support from businesses in recent years, with banks and companies tending to support organisations with a UK-wide focus.

Leonora Thomson, Managing Director of Welsh National Opera (WNO), said that businesses are increasingly expecting tailored projects that align with their corporate social responsibility in return for support. She questioned whether this funding is therefore adding to the arts’ bottom line, as organisations are required to spend money on new projects in exchange for sponsorship.

Kaynes said that whilst this is true, receiving in-kind support is “feasible for a company of any scale” and noted NDCW has negotiated free or discounted accommodation and catering during events.

When asked about accessing funding through trusts and foundations, the national companies emphasised the challenges of building time-intensive relationships with large, often London-based funders.

They rejected the suggestion that trusts fund relatively few Welsh arts organisations because their funding applications are not strong enough.

“I don’t think a very well-written application is necessarily going to unlock the funds. It’s about relationships and trust,” Kaynes said.

“What National Dance Company Wales started doing two years ago was targeting a number of the larger trusts and building relationships. That meant meeting them and talking to them. It was quite late in the process when we were ready to make an application.

“Now of course, that’s easy to do if you’ve got the resources to be able to be in London all the time. But it’s a struggle for us, because it means we have to take people away from Wales.”

He added that it is particularly difficult for small organisations to develop these relationships.

This was built on by Thomson, who said WNO was currently going through a “really complex” application process to access funding to develop its IT systems, requiring a large amount of effort and analysis.

“Sometimes, smaller companies aren’t able to do what the bigger foundations want,” she added.

Responding to similar questioning, Capaldi added that he has had “robust” conversations with people running London-based foundations and trusts, explaining there were very particular social and cultural issues in Wales, which were often underappreciated by funders.