Arts charities could have to pay for new Fundraising Regulator

Charities are invited to weigh in on discussions on how best to fund the new Regulator ahead of its launch next month. 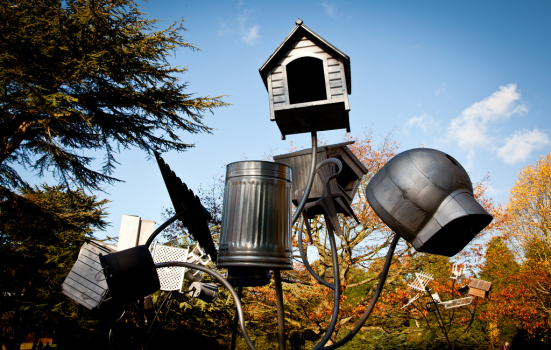 Larger arts charities such as the National Theatre and the Royal Opera House could be charged significant sums to fund the new Fundraising Regulator, a discussion paper has suggested.

Under the proposals being put forward, around 2,000 charities will pay levies and registration fees which would be weighted according to expenditure on fundraising. Charities that sign up to the voluntary regulation would be charged a registration fee, with those spending over £100k a year on generating voluntary income also being charged the levy.

The Fundraising Regulator is anticipated to cost £2.5m a year to run. A spokesperson told AP that the proposals were the “next step on” from the 2015 Etherington Review, which called for the Fundraising Standards Board to be replaced with a more effective outfit, and rejected plans for it to be funded through a membership model, state-funding or a levy on funds raised.

A spokesperson said: “The paper seeks to stimulate a genuine discussion about the best route forward. Once responses are in, the Fundraising Regulator will make a final choice about whether we stick with the preferred options or not.”

The Regulator’s preferred funding model charges charities relative to the amount of money they spent on fundraising the previous year. Charities spending between £100k - £150k would pay an annual £250, with those spending more being charged a rising fee of up to £10,000. No organisations spending less than £100k a year would be charged a levy, but all would be expected to pay the £50 registration fee.

A further two options are offered up for discussion, under which the levy would be based on their proportion of the total fundraising spend across the whole charity sector. In the first, charities that spend the most would be charged the top rate of £20k a year, with those spending closer to the floor of £100k a year being charged £500. In the second, the top rate for the largest charities would be £40,000, with those towards the bottom end of the scale paying £250.

The Royal Opera House – which spent £4.9m on generating voluntary income last year – told AP that it agreed in principle with the annual levy and would sign up to the Regulator. A spokesperson said: “It makes sense that those with the largest fundraising expenditure should bear a larger proportion of the costs of regulation.

“However, we are also conscious that in many respects arts charities stand apart from other charities in that they raise money through a range of activities, including transactional commercial activity such as tickets sales, retail and catering, and their fundraising activity focuses on talking to those with whom they already have an audience relationship.”

The National Theatre told AP that the idea of creating a regulated funding body is something the theatre “fully supports”, though it declined to comment on whether the proposed system was fair.

Yorkshire Sculpture Park, which spent under the £100k threshold on fundraising last year, said it would sign up to the regulator: “YSP prides itself on being an ethical charity and we would be prepared to demonstrate our commitment to best practice in fundraising.

“It is important that fundraising activity is regulated and that charities are held accountable.”

The Regulator has also requested a £15k contribution from the 50 charities which spend the most on fundraising every year, to help cover their start-up costs. Discussions with six of the charities are still ongoing, but “all others have agreed to pay their contribution”.

Tate, which has refused to pay start-up costs, declined to comment on whether it would join the Fundraising Regulator and whether it thought the proposals were fair. It said: “Tate fully supports the idea of a Regulator, but its fundraising does not include the activities covered by the Etherington Review recommendations and it was not clear that it would be appropriate to contribute.

“Tate would of course be open to discussions as to how the proposals might be broadened to include other fundraising activities.”

The proposals for the Fundraising Regulator come as a report produced by Populus for the Charity Commission shows that public trust in charities has fallen from 67% in 2014 to 57% this year.

The call for written submissions will end on Friday 22 July.