After a secondment at NASA, Hannah Bird urges the cultural sector to follow its example in areas like experimentation, collaboration, risk and failure. 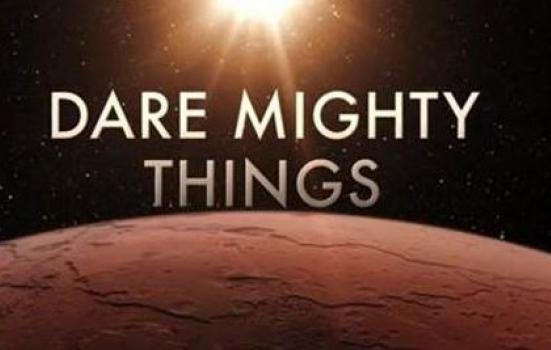 I’ve always been interested in the edges of things, where boundaries blur and things don’t quite make sense. I am neither artist nor scientist, producer nor director, although I have been described as all those things. What drives me is not the definition of a job title or being an expert in one thing, but a curiosity to learn and understand something from different angles, to add to, change and improve it.

In his book Where Good Ideas Come From, Steven Johnson explores the conditions for innovation to flourish, concluding: “The trick to having good ideas is not to sit around in glorious isolation and try to think big thoughts. The trick is to get more parts on the table.”

If the arts sector was better at getting more parts on the table would we create better art? Be more relevant? Lead better future innovations?

Curious to explore these questions, I embarked on a secondment during my Clore Fellowship at NASA’s Jet Propulsion Lab (JPL), an organisation founded on the principles of experimentation, collaboration and innovation.

JPL was founded in 1936 by Frank Malina, a genius engineer. He was drawn to rocketry, a then non-existent discipline beyond the fringes of respectable science. A spirit of experimentation was born into its organisational structure, and with its tagline ‘Dare mighty things’, it still permeates 80 years later.

JPL’s history is peppered with projects and missions that no one thought would succeed. In 1958 it launched Explorer 1, its response to Russia’s Sputnik. In the 1970s, it propelled two voyager probes on a journey to the outer edges of our solar system. Objects that are, and perhaps always will be, the furthest human objects from earth. More recently JPL’s famous over-achiever is its Mars Curiosity Rover, pioneering our quest to land humans on Mars.

Its experimental history can help explain the existence of the creative team where I was based for a month, the role it plays within JPL, and how it is valued by an organisation whose core mission is scientific.

Sneaking up on learning

Artist Dan Goods founded The Studio at JPL eight years ago. It has two distinct roles: to think through thinking and sneak up on learning. Its first role is to help mission teams to collaborate better, by using design-led processes in early mission formulation that help to make otherwise unmade connections, and encourage mission teams to think differently about what missions can and should be. The second role is to make beautiful objects, graphics, sounds and sculptures, planting the seeds of curiosity and encouraging the public to engage with the work.

An example of this is the Exoplanet Travel Bureau posters that were produced just before I arrived. Initially designed for an internal conference, they sparked the imagination of the attenders and were immediately released online. The posters were so popular, the number of attempted downloads broke the NASA website.

The starting point for the success of that project was good art. The team don’t apologise for being designers working in a scientific space. It is their role to create great art, and only in making great art will their participation in mission development be validated. Good collaboration requires this recognition of complementary expertise.

At JPL, where there is a history of experimentation, of having to do things for the first time, where things simply won’t work unless there are a multiplicity of perspectives, there is far less preciousness about where a good idea comes from. This gives precedence and freedom to The Studio to be recognised as an integral part of a scientific agenda. After all, the very first JPLer was a rocket scientist, years before the discipline of rocket science existed.

The common goal at NASA is so large that it goes beyond the expertise of a single discipline and sometimes the length of people’s careers. Recognition of this means there is a focus on developing processes that help nurture collaboration across disciplines and careers, and ensure that JPL remains a maverick pioneer at the forefront of space exploration.

One of these collaborative processes, Team X, is a cross-disciplinary lab to workshop and test the feasibility of ideas and proposals. Team X will pull together experts from across JPL – from propulsion, thermodynamics, aerodynamics and many more – to simulate an idea and help figure out what is and isn’t possible.

The Studio helps design this collaboration: How do individuals take notes throughout the sessions? Who sits next to whom? How can you feed each other live data if you’re on the other side of the room? Does the success of the sessions rely on the ability of the participants to walk to each other’s desks to pass on information? If so, what happens if information isn’t passed on?

They design processes focused on making collaborations and outcomes easier and more productive. These new models of collaboration create structures to support the experts to push the boundaries of acceptability – to breed new thinking and take risks.

Working within an institution that prides itself on achieving the unthinkable makes it easier to suggest the unworkable. Risk and failure are a core part of the development process and are embedded in the way JPL works. When space probes are launched, all the on-board instruments must work the first time around. Mistakes are much harder to overcome when an object is hurtling around a distant planet at hundreds of miles per hour. This places an emphasis on trial and error in the development process.

At NASA, failure is the most crucial component of innovation. As Steven Johnson wrote: “Being right keeps you in place. Being wrong forces you to explore.” Collaboration supports risk and failure, because having a multiplicity of perspectives enables much greater analysis of, and learning from, failure in order to innovate further. This means that at NASA collaboration isn’t just a nice to have. It’s a necessity.

Lessons for the arts

What can we learn from space exploration?

In order to want to collaborate, and to collaborate successfully, we must also address some of the inherent problems that make collaboration hard in the cultural sector.

Currently, our support structures mean there is little room to report failure. To our funders, governing bodies and supporters, we promote only our successes. Under duress we will mention challenges, but always with an emphasis on how we overcame them. What lessons do we wilfully ignore?

Although there are brilliant examples of growing good ideas in the cultural sector, financial and other pressures mean we tend to focus on deliverables and outputs. As NASA’s mission development shows, there can be a huge length of time between mission development and mission completion, and organisations need to develop structures to support this long-term learning and nurturing. Leaps of innovation are just incremental human successes, cradled by people and processes facilitating good (and bad) ideas.

We must be able to and willing to recognise the limits of our own expertise. Our focus on the goal of artistic excellence can stand in the way of seeking out alternative approaches and views. Excellence in our sector is judged as the vision of one – an artistic director, a producer, a filmmaker, a writer, an artist or a singer.

At NASA, excellence is judged as the collective success of disciplines, ideas and people. The collaboration of experts at NASA shows us a model for embracing both individual and collective excellence with different disciplines equally valued within a process.

This type of equal collaboration is not currently recognised within our traditional funding systems where collaboration is often accepted within a proposal when it is to service one particular discipline. A scientific funding body, for example, will want to know why collaborating with an artist will help communicate the science whereas an arts funder will focus on deliverables of artistic excellence.

Interdisciplinary projects often fall between funding gaps, neither quite servicing one agenda or another, because the agenda focuses on an output particular to one discipline rather than how collaboration might serve a common goal.

If, as cultural leaders, we are committed to changing the world for the better, then we must embrace collaboration. We live in a modern society where the problems and challenges are too complex to be faced and overcome by any one sector in isolation. The generation of new creative thinking, new narratives and new actions mean that the cultural sector is uniquely placed to be the catalyst that enables us to explore beyond our current predicament.

Art and culture isn’t just about showing the beauty of something. It is about asking difficult questions and presenting alternate realities, but unless we are prepared to collaborate with others and not just talk to ourselves, then the arts will become outdated and irrelevant.

We must embrace our own expertise as a sector and be confident to take the arts into unexpected places, to challenge other sectors about where our expertise can and should be found, and the impact it can have. Only in our willingness to be equal, interested collaborative parties will this be achievable.

Make an unlikely alliance. Take up a new hobby. Learn something different. Become a rocket scientist.

The Clore Leadership Programme is a not-for-profit initiative, aimed at developing and strengthening leadership potential across the cultural and creative sectors in the UK. The programme awards its flagship Clore Fellowships on an annual basis to exceptional individuals drawn from across the UK and beyond, and runs a choice of programmes tailored to the leadership needs of arts professionals at different stages of their career. This article is adapted from Hannah’s provocation paper, produced under the aegis of the Clore Leadership Programme.

A thought provoking article, thanks Hannah! A tendency to emphasise challenges overcome rather than failures certainly sounds familiar! I feel like this is talked about fairly frequently in the sector, but you’re right – until the funding and support structures change, we can’t expect this tendency to change. Also an interesting point re the need to develop structures that support learning and a bit of breathing space from the focus on achieving artistic excellence. There are a few funding streams supporting these areas. The Digital R&D fund comes to mind, but it has now sadly been discontinued.