An evaluation of a three-year scheme finds writing programmes should prioritise writing for pleasure, rather than trying to improve technical accuracy. 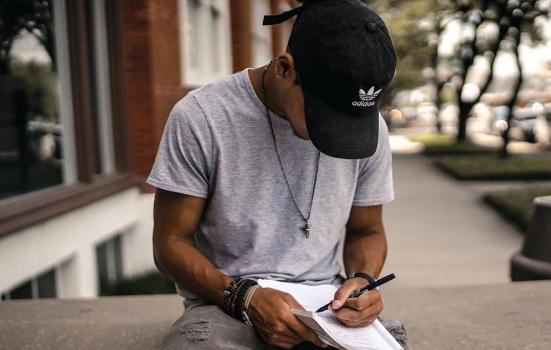 Young people in schools are “overwhelmingly positive” about the process of creative writing and writers themselves, a new report finds.

Assessing students’ perceptions of writers throughout a three-year writing programme, the study found most people described writers as “creative” and “imaginative”, with other popular choices including “interesting”, “confident” and “passionate”.

It also found the programme, which paired schools with a ‘writing champion’, increased young people’s pride in their writing, their belief that they were skilled writers, and the frequency with which they write.

Literature organisations First Story and Paper Nations were chosen to work with almost 3,000 children and young people, teachers and writers in over 120 schools across England in the 2016/17 and 2017/18 academic years.

One of the key conclusions is that young people – and their teachers – derive the most benefit from writing for pleasure, rather than using storytelling techniques as a route to improving technical accuracy. Focusing on this led young people who wrote less frequently than their peers to write more frequently than average.

Many teachers also increased their enjoyment of creative writing and confidence in preparing lessons as a result of participating in CWiS.

“Organisations supporting creative writers in schools should make engaging with and supporting less confident teachers and writers a priority for future work,” the report reads.

“They should enable young people and teachers to participate in creative writing side by side where possible, focusing on writing for the sake of it over and above technical accuracy.”

The report recognises the challenge of sustaining such programmes in schools, emphasising the financial difficulties facing writers.

It says that because of a general lack of professional links among writers, some are “not sure what their financial value is”. The authors note the end result is that writers end up “working for nothing, or too cheaply, putting downward pressure on many writers’ wages”.

“No one knows how much a writer is worth, you know,” one writing organisation representative said. “They really don’t. They don’t know whether it’s worth £10 an hour or £100 an hour, and wildly differing payments are made.”

The creative writing networks created through the programme to link writers with other writers and schools helped play a “vital role” in sharing resources, opportunities and knowledge to tackle such issues.