The UK now has representative cities for five of the seven creative industries championed by the Creative Cities Network. 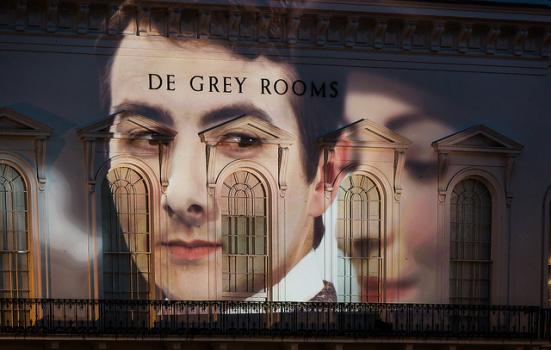 A scene is project onto the De Grey Rooms as part of community theatre production in York
Photo:

Two UK cities have been designated UNESCO creative cities, with York being named the UK’s first City of Media Arts and Dundee its first City of Design. They join Edinburgh, Glasgow, Bradford and Norwich in representing the UK among the 69 cities in UNESCO’s Creative Cities Network. UK cities now represent five of the seven creative industry fields identified by the United Nations organisation; the only areas left unrepresented are craft and folk arts, and gastronomy. Membership of the network will enable York and Dundee to create new exchanges with other leading creative cities across the world and develop opportunities for their practitioners and researchers on an international scale.

The titles are awarded upon application, with cities required to meet a range of criteria set by UNESCO. The bid developed by York, the city's cultural partnership, demonstrated the development of its cultural and creative industries triggered by digital technology, the successful integration of media arts into urban life, and the widening of access to culture through digital technology. Dundee had to provide evidence of an established design industry, including a cultural landscape driven by design and the built environment, design schools and research centres, and practising groups of creators and designers.

York has major plans for 2015-16 that include an international programme of cultural festivals showcasing media arts, and the advancement of a project to build a new Digital & Media Arts Centre in the city’s historic Guildhall. Kersten England, Chief Executive of City of York Council, which supported the bid, said: “This clearly flies the flag for York’s bid to be the first port of call for media arts in the UK, and indeed, one of the most creative cities in the world. This designation recognises all of the people involved in York’s vibrant digital arts scene: computer games designers, digital archivists, film producers, light artists, online publishers and many people who play a supporting role.” York’s involvement in the network will be co-ordinated by the city’s new marketing and business development partnership, Make It York.

Dundee’s new title recognises the design innovations that it has contributed to the world, including aspirin, biomedical research that has led to hundreds of new cancer drugs, comics including The Beano and The Dandy, orange marmalade, and video games that redefined the global entertainment industry, such as Lemmings and Grand Theft Auto. The city has reinvented itself following the collapse of its heavy industries, and is rebuilding its expansive Waterfront as part of a £1bn, 30-year masterplan for an open, inclusive city, which is also home to the hugely successful Dundee Contemporary Arts, Dundee Rep Theatre, The McManus art gallery and Wasps Artists’ Studios. The V&A Museum of Design Dundee, a global home for Scotland’s design heritage, is at the heart of the Waterfront plan.

UNESCO describes the network as comprising “cities that have identified culture and creativity as a strategic driver for sustainable urban development”. York joins Linz, Dakar, Tel Aviv and Gwangju in Korea, as newly designated Cities of Media Arts, with Lyon and Enghien-les-Bains in France, and Sapporo in Japan having already received the honour. Bilbao, Helsinki, Turin and Brazil’s Curitiba have been given the title City of Design alongside Dundee; they join twelve other cities with that designation, including Shanghai, Berlin, Buenos Aires and Seoul.