Who is Oliver Dowden? Meet the new Culture Secretary

Dowden’s record suggests he will focus more on the digital part of his portfolio than culture. 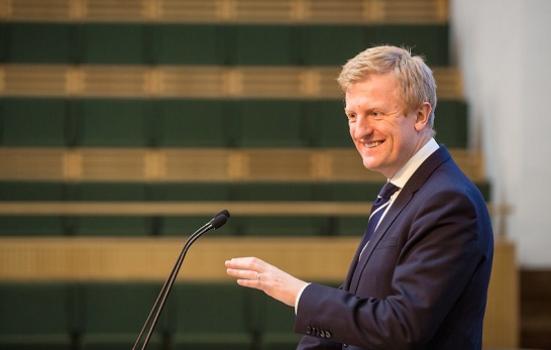 New Culture Secretary Oliver Dowden is experienced in tech and digital matters. What about arts and culture?
Photo:

Oliver Dowden has been appointed Culture Secretary in Boris Johnson’s cabinet reshuffle and pundits are now puzzling over what impact he might have on the portfolio.

The former Paymaster General and Deputy Chief of Staff to David Cameron has not made any public reference to the arts since joining parliament in 2015. He made one mention of ‘culture’ that year in relation to the contribution of “our thriving British film industry” to areas like his constituency of Hertsmere.

But Nicky Morgan’s successor appears to have been getting his feet wet. He visited Aberdeen Art Gallery late last month, praising its recent restoration and the “hugely successful” V&A Dundee in a local newspaper: “we are stronger when we invest together, trade together and share and embrace our distinct but connected cultures and histories.”

He said the 2022 festival of culture and innovation – often called the Festival of Brexit – “will be a further opportunity for Scotland to showcase its creativity, along with all nations of the UK.”

Dowden tweeted after Thursday’s announcement that he was getting “straight to work on delivering broadband and seizing the huge opportunities the UK has in tech, media and creative industries”.

He has a history of handling thorny issues like cybercrime and data privacy. As a Parliamentary Secretary in Theresa May’s cabinet office, Dowden was the Minister for Implementation of the Government’s technology strategy.

Though the new BBC licence fee and rolling out gigabit broadband will be pressing tasks, Dowden’s expertise and interest in digital matters could be good news for the creative industries. In the forward to the Government Technology Innovation Strategy he says the UK is in a “great position” to explore the potential of its £6.3bn tech sector.

“We have a lot going for us and much still to gain. I want us to go further in digital, especially with emerging technology and innovation.”

It’s likely the new Culture Secretary, who values economic growth and improvements to infrastructure, will toe the line on the Conservative Party cultural policies like business rates relief for music venues.

He rarely votes against his party position – never during the current administration . Initially a Remainer, Dowden has since supported Brexit and Prime Minister Boris Johnson, believing the outcome of the referendum should be respected.

Analysis of his voting record shows he does not support a right to remain for EU nationals. He has consistently voted for stronger immigration controls and against giving residency and work rights to EU citizens and their families, even if they were lawfully living in the UK pre-Brexit.

Dowden has opposed efforts to give more power to local councils, the Scottish Parliament and Welsh Assembly, and has historically voted against legislation supporting same-sex marriage, euthanasia and laws that promote equality and human rights.

There is also a new DCMS Minister: Minister of State for Health and Social Care Caroline Dineage has replaced Nigel Adams in the role. Adams, who has moved to the Department for International Development, held the role for less than six months.

The job of Arts Minister is yet to be filled as Helen Whately takes up Dineage’s former position.

DCMS has had more secretaries of state than any other department in the past decade – nine since the Conservatives took power in 2010.