Whittingdale is back: the new DCMS Ministers

DCMS has welcomed two new ministerial posts and a former Culture Secretary after widespread speculation it would be dismantled. 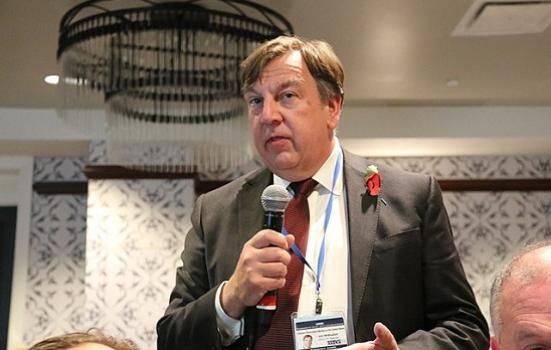 Whittingdale will have oversight of key issues like freedom of movement for artists and post-Brexit copyright rules
Photo:

There was widespread speculation prior to the General Election that responsibility for digital matters would be removed from DCMS. But a Cabinet reshuffle last week instead ushered in two new ministerial posts and a new Culture Secretary, former Paymaster General Oliver Dowden.

Among the new faces is an old face: former Culture Secretary John Whittingdale has returned to the department as Minister of State for Media and Data. Tweeting last week, he said he was “thrilled to go back to DCMS at such an exciting time” when there are “huge challenges facing UK media but great opportunities too”.

Whittingdale differs from the sector in his pro-Brexit stance but is seen by some as a friend of the sector, having expressed support for the arts being publicly subsidised and part of the core curriculum in schools.

His attention is likely to be focused on the BBC licence fee – he has said the model is “unsustainable” since 2014 – but the former Chair of the DCMS select committee will also have oversight of EU negotiations and international strategy on issues like freedom of movement for artists and copyright.

Here’s the rest of the team:

Like Dowden, former Care Minister Caroline Dinenage has little public record around arts and culture. She generally votes the same way as her Conservative colleagues and has been in lockstep with Prime Minister Boris Johnson’s government.

She was a Parliamentary Private Secretary to outgoing Culture Secretary Nicky Morgan when Morgan was the Minister for Women and Equalities.

Dinenage was a businesswoman prior to entering parliament and noted the importance of inspiring future generations by bringing business into schools at the launch of a Crafts Council education manifesto in 2014.

She also expressed support for arts in healthcare that year, saying that a £4.5m initiative to help doctors prescribe arts activities to socially isolated patients would mean “many more people receive support that looks at their needs holistically”.

“The voluntary and community sector has such a vital role to play in working with our health system to provide the kind of support that you can’t receive at your local GP surgery or hospital,” she said.

The MP for Mid Worcestershire will assume responsibility for tourism, heritage and sport, making him the fifth Tourism Minister in three years. He will also cover gambling and the National Lottery as a parliamentary inquiry investigates ways to increase the lottery’s returns to good causes like the arts

Huddleston worked for Google and Deloitte in travel- related positions before joining parliament in 2015. He has spoken publicly about the importance of attracting visitors to areas outside of London and retaining in-bound EU tourism, saying in April last year that “the continuation of visa-free travel is vital to our tourism industry”.

An analysis of his voting record shows he has consistently rejected attempts to reduce funding for local authorities but usually opposes efforts to devolve more powers to them.

Huddleston said it was “an absolute privilege” to join DCMS: “Can’t wait to get started in this fantastic, busy department that has such a positive impact on so many people’s lives.”

Rounding out the ministerial team are Boston and Skegness MP Matt Warman and Baroness Diana Barran.

Warman, a former journalist, will oversee telecoms, cybersecurity and broadband delivery. Barran is the new Under Secretary of State for Civil Society and will be responsible for measures related to charities, youth and social action and loneliness.