A lack of leadership, engagement and morale has caused an exodus of staff and reputational crisis - but the centre's position is "redeemable". 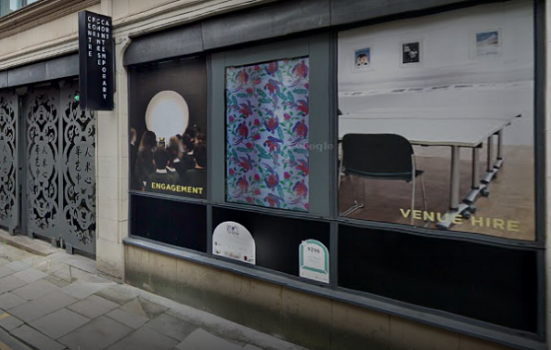 The Centre for Chinese Contemporary Art has lost sight of its mission, value and purpose

An art gallery accused of "organisational yellowface" will set targets for recruiting staff and board members of Chinese heritage.

The Centre for Chinese Contemporary Art (CFCCA) in Manchester has vowed to change as a new audit says it fostered "a culture of disharmony and mistrust" through poor management and an unwillingness to address complaints of institutional racism.

After 35 years, the centre has lost sight of its mission, value and purpose, auditors said.

"It has now reached a point in its journey where its reputation - and principles on which it operates - are in question.

"Nevertheless, with determination and leadership CFCCA’s current position is redeemable."

Artists previously contracted to help the centre 'revision' itself called for a boycott after their project was cut short.

The CFCCA now says it will "build on the principles of the revisioning programme, specifically those of transparency and opening up dialogue" to develop an action plan.

But it has refused to release the full audit, providing only a summary of the findings. Releasing the original report would be too time consuming and risk breaching contributors' confidentiality, the CFCCA board said, though it has given a copy to Arts Council England (ACE).

ACE will decide in the coming months whether to keep CFCCA as a National Portfolio Organisation (NPO).

While the entire portfolio is up for review, ACE says it will "inevitably factor in what we know" about the centre and its progress on implementing the auditors' recommendations.

These include improving its complaints process and requiring its Director, Zoe Dunbar, to have an "in-depth knowledge of Chinese culture and art".

At the time of the review, just one of CFCCA's seven staff was of Chinese heritage.

This lack of representation damaged morale and engagement with the wider artistic community, as leaders suffered from "low cultural competency".

"For an organisation whose name, core output and raison d'être is 'Chinese', there is overwhelming agreement that the lack of representation of people of Chinese heritage is a priority concern," the audit summary says.

It attributes an exodus of staff in recent years to low pay and high discontent with the centre's management.

Staff and artists who contributed to the report made "serious allegations" of individual and institutional racism.

"CFCCA's culture is one of mistrust and inequalities, driven by the lack of value and respect placed on people within the organisation and the clients it purports to represent," the summary reads.

A "fixed mindset" at management level meant suggestions for change were ignored or dismissed.

The centre says it never received any formal complaints from staff.

However, artists on the revisioning project told ArtsProfessional they raised concerns directly with the board only to have their work "paused" indefinitely soon after. Their working group was disbanded two months earlier than planned and no recommendations were ever submitted.

Auditors said CFCCA had placed itself at risk of legal challenge by failing to follow its own procedures.

The review found that several policies in its staff handbook around probation, recruitment and remuneration do not exist.

"This presents an unacceptable level of subjectivity... and has created an environment of uncertainty and suspicion, causing stress, anxiety and questions in terms of fairness and management integrity."

The centre says it will implement recommendations to provide anti-racism training for staff, increase its HR expertise, and develop a "fair and consistent" complaints process.

CFCCA's board of trustees apologised for the "difficulties and anguish" it has caused.

It said it is urgently working on a plan to implement all recommendations. It could not provide a timeline when asked.

"The need for a UK institution promoting and supporting Chinese contemporary art and culture is as great, if not greater, than it was when the organisation was established.

"We are thankful to our stakeholders for their support as we start the work of rebuilding and revitalising the institution."