What Next? calls for arts workers to lobby MPs on Brexit

A document highlighting how Brexit could impact the arts and cultural sector has been produced ahead of Parliamentary debates on the Withdrawal Agreement. 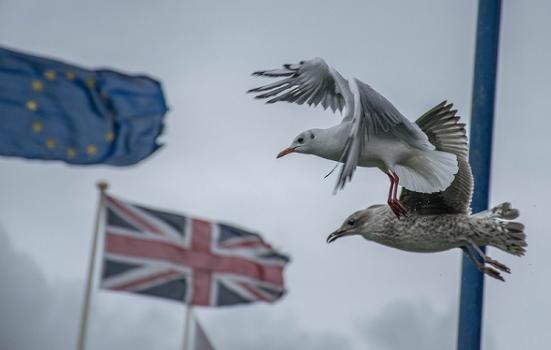 Arts campaign group What Next? has made an urgent plea for arts workers to lobby local politicians ahead of renewed parliamentary debate on the Brexit Withdrawal Bill.

Published last week, the document hopes to articulate the importance of a thriving cultural sector to MPs who will be returning to debates in the House of Commons on amendments to the bill next week.

What Next?, which has set up a ‘Brexit sub-group’, issued a call out to the sector. “We want to arm you with information which might help you better understand the various options we as a country are facing in terms of Brexit and the impact they will each have on your work,” it reads.

“We want to ensure our MPs are fully versed on the impact certain options currently being tabled will have on the cultural sector – it is surprising how many still don’t fully realise the implications and you can make a difference.”

The document comes amidst a week of twists and turns in parliament, which saw the Government win a series of key parliamentary votes on amendments to the EU Withdrawal bill, only to later lose the support of key MPs and face the prospect of renewed voting on the amendments next week.

It comes ahead of a planned EU meeting at the end of June, which will call for workable proposals from the UK Government on unresolved issues such as the Irish border and the customs union.

Prime Minister Theresa May has previously spoken about her desire for the UK to remain in EU cultural programmes, including Creative Europe. Funding has essentially been guaranteed until 2020, but no further commitments have yet been made.

“Regardless of how you voted, we are all connected by our passion and commitment to the cultural sector and the desire to maintain what we have in order to create great art for our audiences and communities,” What Next? continues.

“We believe it is incredibly important that we act quickly to articulate the impact certain decisions within Brexit negotiations will have on our sector to those who have the power to do something about them.”

Judith Knight, Director of Artsadmin, echoed these thoughts: “The message was an attempt to remind all MPs that may be wavering, across both sides of the political divide, about the importance of protecting the arts and creative industries.

“We must keep pushing for a deal that allows the creative industries and the arts to continue to thrive, not just for the sake of the economy but of course for all the social and civic benefits the arts bring.”