Welsh Recovery funding throws a lifeline to 95% of applicants

Organisations put forward “a strong case for support”, leading to a total of £20m in allocations. 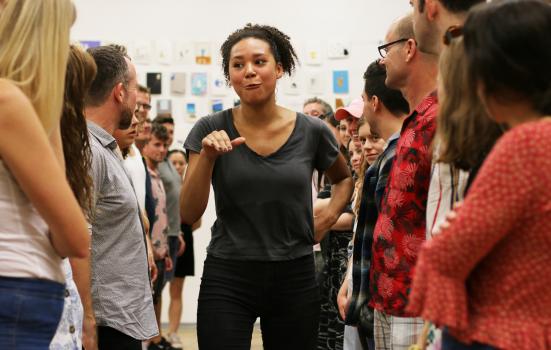 The first round of Culture Recovery Fund (CRF) awards for Wales has granted £18.1m in revenue funding to 152 organisations.

Successful applicants ranged from the largest national institutions to the smallest community groups, with the largest award by far of £3.4m going to the Wales Millennium Centre. The centre, which also received nearly £500,000 capital funding, was one of just three organisations winning awards over £1m – the others being New Theatre (£1.9m) and St David’s Hall (£1.2m).

The success rate for applications was an astonishing 95%. Just eight out of 160 were rejected.

More than 100 of the revenue funding recipients asked for less than £50,000, with the smallest grant being a modest request for just £1,700 for Cor Meibion Glynnedd, the Glynneath Male Choir.

A separate £1.9m in capital grants was awarded to 56 organisations to enable social distancing once their venues – now closed for the national ‘fire break’ lockdown – eventually reopen.

The success rate for capital grants was almost as high as for revenue grants at 92%.

The funding awards align with the wider Welsh Government policy context, with applicants encouraged to sign a ‘cultural contract’ – a set of commitments to ensure public investment is deployed with a social purpose.

The pledge encourages organisations to reach wider audiences, improve the diversity of their boards and workforce, provide new opportunities for freelance artists, commit to fair rates of pay, and lessen their carbon footprint.

Uunlike ACE, ACW was able to offer a level of pre-application advice that put ineligible organisations off applying.

Cultural organisations including theatres and theatre companies, arts centres, galleries, choirs and brass bands were able to apply for this funding round, which aimed to provide “urgent and vital support to the many arts organisations across Wales who are in financial peril”.

To be eligible for a grant, they had to demonstrate they provide publicly accessible arts activity in Wales and were significantly affected by the pandemic.

An ACW spokesperson told ArtsProfessional: “Arts Council staff spent a lot of time talking to potential applicants who were considering making an application. As a result of this, we were able clarify whether an organisation would be eligible for support.

“We estimate that around a third of organisations who were ineligible were advised not to apply. This meant that the majority of organisations that did apply presented a strong case for support.”

Successful grant recipients expressed their relief and delight at the stay of execution offered by the funding, which is aimed at supporting them through to March 2021.

Wales Millennium Centre has lost £20m from ticket sales - 85% of its income - since closing in March and estimates reopening April 2021 “at the earliest”. The emergency support will save 92 jobs and enable training for apprentices to continue. It will also provide opportunities for freelance artists.

Aberystwyth Arts Centre – Wales’ largest arts centre – was awarded £600,000 of revenue funding and a further £50,000 to improve its digital platform for online classes and introduce an electronic tickets system, rather than printed tickets.

“This additional funding helps us bridge this extraordinary and challenging period and to maintain those services which are so central to the artistic life of this region,” Director Dafydd Rhys said.

ACW’s distribution process was praised by Deputy Culture Minister Lord Daydd Elis-Thomas, who said he was “hugely impressed by the speed and efficiency”.

“The need amongst arts organisations has been very apparent during recent months.”

Unlike England's Culture Recovery Fund award recipients, Welsh organisations were not told to express gratitude for the grants.

An ACW spokesperson explained: “Many companies thanked us of their own accord through press releases and social media.”