Publicly funded organisations in Wales will be required to report diversity figures, lift barriers to cultural participation and mandate anti-racism training over the next two years. 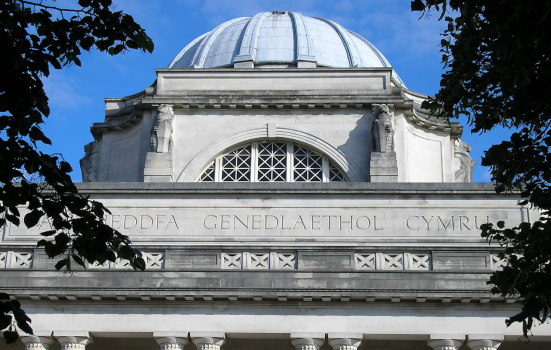 Publicly funded organisations, including the National Museum Wales, will be expected to adhere to the plan.
Photo:

Wales’ culture and heritage sectors must “eliminate discrimination and barriers to the full enjoyment of all aspects of culture,” as part of an anti-racist action plan published by the Welsh Government.

The Anti-Racist Wales Action Plan sets out guidelines across all government policy areas, including specific requirements for arts and culture, to be met over the next two years, with the overarching aim of Wales becoming an anti-racist nation by 2030.

It is hoped the plan will lead to equitable access to and involvement in culture and heritage, including in leadership and governing roles within arts organisations.

Over the two years, culture and heritage organisations will be required to deliver anti-racist measures and “recognise and celebrate past and present racial and ethnic diversity in Wales”.

Publicly funded bodies will be asked to review and decolonise public spaces and work with ethnic minority communities to identify and lift barriers to accessing heritage sites and cultural collections.

The plan marks the latest effort to increase diversity in Wales’ creative sector, after Arts Council Wales (ACW) pledged to review eligibility criteria for its portfolio, and mandate anti-racism and anti-ableism training for its senior staff in February.

At the same time the National Museum of Wales committed to decolonising and diversifying its collections.

The Welsh Government’s latest plan was developed following a consultation that found public bodies had been “cautious and sometimes resistant to supporting and representing diverse ethnic minority groups, due to actual or perceived restrictions on use of public funds for political or religious programmes”.

Black, Asian and Minority Ethnic women in particular were found to “have had very little choice but to develop cultural and sporting activities in isolation, unfunded and unsupported”.

The consultation supports previous research from the 2018-19 National Survey for Wales, which found 76% of respondents from ethnic minority backgrounds did not participate in arts, culture, or heritage activities in the previous year.

Governing bodies and senior leaders of publicly funded organisations will be expected to adhere to performance requirements for anti-racism from next March, the plan says.

This will include capturing and reviewing baseline data of ethnic diversity across the organisation and, where appropriate, implementing steps to increase diversity at all levels.

The plan puts focus on increasing ethnic minority appointments to governing bodies and senior leadership roles in particular, by adopting “positive” recruitment policies through actions including reviewing and amending application forms and methods of advertising posts.

All funded organisations will be expected to review systems for reporting and dealing with discrimination by next March, implementing necessary changes by the year after.

From March 2024, these organisations will also be expected to establish anti-racist working environments, by including anti-racism training as a core component of professional learning and development.

All members of an organisation, including board members, will be required to take part in the training, with new employees undertaking it as part of their induction.

The Welsh government says it will work with cultural and heritage bodies to help with deliver the plan, with £4.25m ringfenced for culture, heritage and sport over three years.

Separate grant schemes to cover both sponsored bodies and grassroots organisations are expected. A spokesperson for Minister for Arts and Culture Dawn Bowden told ArtsProfessional details of the schemes will be released next month.

The Welsh Government says it will work with relevant culture and heritage bodies to implement the required changes in the year after, to create improved transparency and a “fairer and more equitable distribution of financial support”.