The conservatoire model has been disproportionately hit by funding cuts in Wales, and English institutions for training actors and musicians now have access to over £4,000 more per student per year. 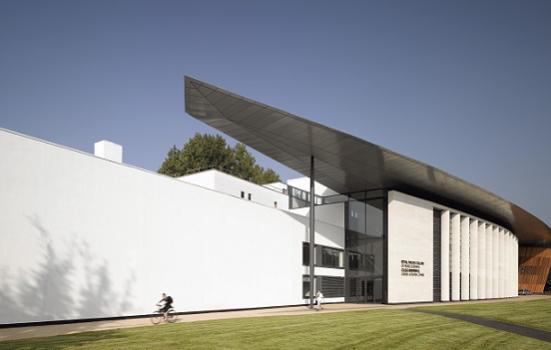 A government-commissioned review has called for Wales’ main conservatoire to be handed an extra £2.4m a year, after laying bare the extreme financial challenge of training first-rate actors and musicians in the country.

It also recommends that the Royal Welsh College of Music and Drama (RWCMD) be granted autonomy from the University of South Wales and renamed The Royal Conservatoire of Wales, with a greater national role in areas such as talent development and protecting Welsh culture.

The report, carried out by Lord Murphy for the Welsh Government, reveals that funding per student at RWCMD fell by 16% between 2011/12 and 2016/17 – the result of changes in the allocation of Government funding for universities following the introduction of higher tuition fees.

In contrast, over the same five-year period, the seven main English conservatoires, which include Trinity Laban and the Royal College of Music, had access to 8% more funding per student.

The research says the Welsh cut was “out of all proportion to what the rest of the higher education in Wales was required to undergo” and argues that the country’s current model of conservatoire provision is not sustainable.

English institutions increased their tuition fees from £3k to £9k per student per year in 2010, with RWCMD following suit in 2012/13. In return, direct Government funding to conservatoires and universities was reduced, with the intention that the gains from new fees would outweigh any losses.

However, a Welsh Government grant to protect students from the impact of increased fees – which was not introduced in England – was paid for with further cuts to university funding. Conservatoire provision in Wales was hit harder by cuts than medicine and dentistry, which are funded through the same direct Government funding scheme.

These facts, added to the high cost of intensive performance coaching and access to industry-standard premises, mean funding per conservatoire student in Wales was down from £14,000 to £11,700 between 2011/12 and 2016/17 – while increasing from £14,300 to £15,500 per student in English conservatoires over the same period.

“It is the major concern of the Review that the Higher Education Funding Council's financial arrangements for supporting the College's provision of conservatoire training are no longer delivering the resource necessary to support the existing conservatoire-style training of the College,” the document concludes.

To remedy this situation, the report calls for a £2.4m uplift in RWCMD’s annual revenue funding, phased-in by 2020, to provide core resources that will help the school compete with other UK conservatoires.

To further shore up the college’s finances, it also calls for the Funding Council to consider cancelling an interest-free building loan. More than half of RWCMD’s £5.2m cash balance held at the beginning of 2016/17 had been set aside for repaying this, a financial burden described as “unique” in the context of UK conservatoires.

To make the institution more competitive internationally, another recommendation is for contemporary dance training at undergraduate level to be introduced over the next three years, alongside expanded musical theatre provision.

A joint statement from RWCMD and the University of South Wales welcomed the report, saying the two bodies look forward to further collaboration with partners across the arts to support talent development.

Welsh Education Secretary Kirsty Williams added: “The creative industries sector is burgeoning in Wales and it is vital that those industries can continue to recruit people with the skills and expertise they need.

“Conservatoire and performing arts provision in higher education in Wales must be of the highest quality and it is in keeping with our wider National Mission that we should support excellence wherever it is to be found.”