The UK Statistics Authority has called for greater clarity in the way the Department presents statistics, after investigating concerns raised by ArtsProfessional and others. 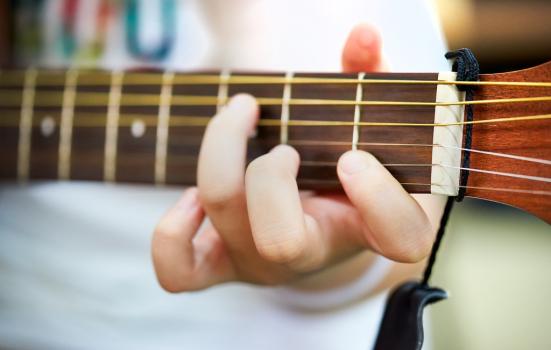 The UK Statistics Authority has challenged the Department for Education (DfE) over its presentation of official statistics, urging it to do more to ensure it accurately represents figures relating to school funding and other aspects of education.

In separate letters sent to DfE Permanent Secretary Jonathan Slater and its Chief Data Officer and Chief Statistician Neil McIvor, the Authority questions the "trustworthiness" of the DfE in relation to its use of data and statistics.

The Authority’s Director General for Regulation Ed Humpherson wrote: “We continue to hear concerns from the public about some statements made by the Department and its Ministers”.

Gibb provided figures for music GCSE entries based on rounded percentages that had then been re-converted into numbers, resulting in significant disparities with the actual raw entry figures.

This method resulted in a politically expedient picture of fluctuating entries for music GCSE, backing up the assertion that the Government’s EBacc performance measure was not responsible for declining entry numbers.

Citing both the case raised by AP and another involving “the use of statistics about the improved outcomes for sponsored academies since 2010 which was based on analysis up until the end of October 2017”, Humpherson writes that the DfE needs to ensure “that statements are based on accurate, up to date analysis, which can be verified through publicly available data and analysis”.

The UKSA also raises concerns about “the presentation of school funding figures”.

Humpherson cites “recently received complaints” about the use of these figures by Gibb on Channel 4 News, stating that it “was not clear from the Minister’s statements that he was referring to schools’ budget for 5- to 16-year-olds only”.

He continues: “While data published by the Institute for Fiscal Studies does support his claims, we noted this data is difficult to find, and requires additional analysis.”

The UKSA letter to McIvor adds that, while efforts at the Department to “improve transparency of statements” are welcome, there is a need to “focus on not just whether the statements correctly quote the statistics, but also whether, in the context, the use being made of them is liable to mislead”.

Addressing the Permanent Secretary, Humpherson writes: “For a meaningful debate about public spending in any area, it is necessary to have a trustworthy data source. In that context, we note that the Department does not produce a comprehensive set of official statistics on the funding of schools.

“A wide range of data sources on school funding are currently used to inform debate, by both the Department and others. This in turn can mean that statements using data are hard to verify and replicate, and this creates a risk of undermining the perceived trustworthiness of those making the statements.”

Humpherson adds that, following previous correspondence, the Authority was “encouraged that the Department is considering the potential for publishing regular official statistics on school funding, and formally recommend that you do so”.

In an annexe to the letter to McIvor, the UKSA sets out how an official statistics publication on school funding would help ensure that statistics and data are clearly presented.

It states that such a publication would create one ‘comprehensive source of information’ that should cover three key areas:

The UKSA states: “The development of an official statistics publication which complies with the Code of Practice for Statistics could help move the debate away from the different ways of measuring funding and enhance confidence in the figures used in debate.

“By setting out figures in an accessible way, it would be easier for the Department to refer to a respected and consistent source. It would enable people to be confident that figures used had been subject to quality assurance and would enable them to explore any known quality issues.”

In response to the concerns raised by the UKSA, a DfE spokesperson told ArtsProfessional: “We always strive to make data as clear and accessible as possible. We continue to work closely with the UKSA to identify further improvements.”