London Mayor Sadiq Khan said the borough’s diversity was ‘an asset to be unlocked’. 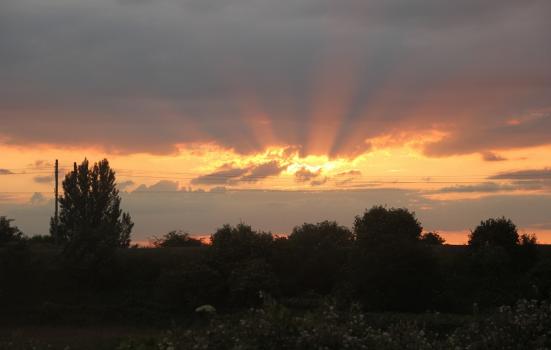 A huge marshland light installation, a theatrical concert in a forest canopy and a modern twist on a ‘May Day Fayre’ will form part of Waltham Forest’s London Borough of Culture programme in 2019.

The year-long scheme, backed by more than £1m funding from City Hall, will also include major concerts from locally-born star performers, commissions and projects working with young people, in a bid to stimulate cultural engagement and attract new visitors to a borough described as being “enveloped in green”.

One of the flagship projects will be an installation by visual artist Zarah Hussain on the north east London borough’s extensive marshland, featuring 50,000 solar-powered lights in the shape of water molecules, representing every young person in the borough. The artwork will be unveiled in October.

Speaking at the launch of the programme, Hussain said that she wanted to highlight the borough’s green space, adding: “I believe it is essential to conserve our natural environment and to ensure clean air and clean water for future generations.”

The same month will also see a concert featuring aerial performers and a chorus of children singing from the canopies of mature trees in Epping Forest – the first in a series of similar events. The performance will be part of a year-long programme strand exploring the borough’s relationship to the forest through “music, literature, performance and spectacle”.

“The forest, like the rest of the natural environment flowing throughout this borough, is for everyone,” said the programme’s Creative Director, Sam Hunt. “It holds stories and secrets, memories, familiar and undiscovered faces. This is an urban community that is enveloped in green.”

“270,000 people live in Waltham Forest, and I believe the arts should be part of all of their everyday lives,” added Hunt. “The programme announcements this morning are the first of many, with many, many more events and cultural projects still to come as the year evolves.”

Another major plank of the programme will be Chingford May Day Fayre, when thousands of people are expected to join a procession on bicycles and foot to Chingford Plain for a “modern May Day celebration” described as “a once in a century piece of spectacle”.

Walthamstow-born choreographer Sir Matthew Bourne will return to his former primary school with his company New Adventures for an artist in residence scheme – part of a series of planned residencies throughout the borough.

The programme will also harness the star power of other “cultural alumni” born in the borough. The year will kick off in January with a three-night celebration, including an audio-visual performance with light projections onto Wathamstow Town Hall. This will involve collaborations between Leytonstone-born musician Talvin Singh and local electronic music producers, and between locally-based artists Greenaway & Greenaway and students from Leyton Sixth Form College.

In March, musician Damon Albarn, also born in Leytonstone, will bring his Africa Express collective to the borough for a festival drawing together musicians from different cultures and genres. The event will culminate on 29 March – the day the UK is due to leave the EU – with a 5-hour show featuring artists from Africa, Europe and UK “showcasing the rich cultural history of the communities who live here”.

London Mayor Sadiq Khan hailed the diversity of Waltham Forest, more than two thirds of whose residents are from an ethnic minority background, as a strength, saying: “we should be viewing your diversity not as a challenge to be managed, but as an asset to be unlocked, not as a source of problems, but a source of pride, progress and prosperity”.

The borough has been the home of Victorian textile designer and socialist campaigner, William Morris, as well as the industrialist John Kemp Starley, who developed the modern bicycle, and TV chef Fanny Cradock.

The 2019 Borough of Culture Programme aims for 85% of households to participate in its programme, to engage every school in the area with culture, and attract more than half a million new visitors to Waltham Forest.