The Government has also been advised to establish national pop and rock competitions, and significantly increase funding for musical instruments. 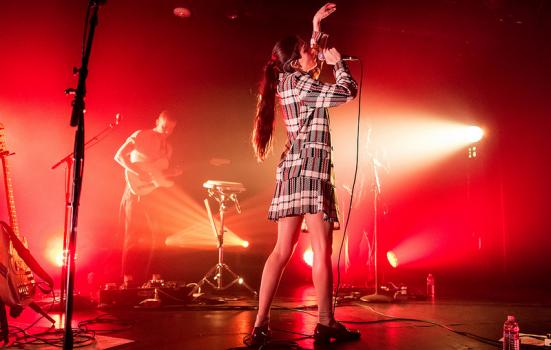 The Welsh Government has been advised to set up rock and pop competitions
Photo:

jus10h on VisualHunt / CC BY

The Welsh Government is to consider enacting a “sea change” in the delivery of the country’s music services by moving responsibility for them away from local authorities and under the control of a new national body.

The country’s Education Secretary Kirsty Williams underlined the commitment in a recent Senedd debate, responding to a report from the Welsh Assembly’s culture committee in June.

The committee also calls for the urgent creation of a new national plan for music and significant increases in funding for local authorities to buy instruments for students.

Their report, which followed a series of parliamentary hearings with music-focused arts professionals last year, says that in practice “many local authorities are passing the costs of music service provision onto parents”.

It continues: “Access to these services is therefore increasingly about ability to pay and there is not equality of access for pupils whose families cannot afford the cost of tuition.”

The report sympathises with the budgetary constraints facing local authorities but says that addressing the crisis requires transferring responsibility for the delivery of music to an arms-length national body. It suggests that this could be National Youth Arts Wales, which manages organisations including National Youth Orchestra Wales and National Youth Theatre of Wales.

“We believe that a national body is the best way of ensuring that all pupils in Wales are given the equality of opportunity that they deserve,” the report argues, saying a centralised approach would make it easier to track representation across the country and provide professional development to the sector more fairly.

The report adds that a centrally-organised approach would support the current ‘pyramid’ structure – in which talented young musicians are given opportunities to progressively develop their proficiency – by making it easier to see which children should be receive further support.

This measure would form part of a new national action plan for music, to provide strategic direction to music services. Specific recommendations for this include linking music services up with musicians and encouraging them to support less-traditional forms of music.

The report says that one element of this should be the establishment of national rock and pop ensembles and competitions, which would provide new creative outlets and opportunities to test traditional skills in different environments, as well as being a route towards employment in the wider music industry.

It adds that there should be monitoring of the composition of national ensembles to make sure they include young people from a wide range of social backgrounds. This would help stave off the “unacceptable” risk that national ensembles become “enclaves of privilege”, where access to tuition is based on payment, rather than potential.

The committee welcomed the Welsh Government’s announcement earlier this year that each local authority would receive an extra £10k to buy musical instruments.

But it stressed that this funding was insufficient to affect significant change in the provision of music education, and that the uniform distribution was inappropriate, as each local authority has different instrument needs.

“In order to optimise the effectiveness of such funding we believe the Welsh Government should distribute it on a needs basis, taking into account factors such as the current supply, pupil population, the level of deprivation and the rurality of local authorities,” says the document.

It also says there should be clarity about the purpose of the Endowment Fund for music – a £1m self-sustaining fund that would provide seed funding to music projects – adding that the Government should monitor its progress and top it up with “additional injections of capital if necessary”.

The document says that the method of funding the new arms-length body is “for the Welsh government to determine” but notes that reallocating money from local authorities “is an obvious starting point”.

The possibility of the government taking music service delivery away from local authorities was raised in the committee’s hearings with arts professionals last year. One speaker, Karl Napieralla, suggested that local authorities had prioritised getting as many people participating in school music as possible over “quality provision”.

The committee also heard that music education should become a mandatory part of official school inspections; that a national loan fund should be set up to give children access to instruments; and that the Government should ring-fence music education funding in local authorities to address the crisis in music education.

In the Senedd debate, Williams said that the Welsh government was in the process of setting up a feasibility study to consider the report’s recommendations. But she cast doubt on whether it was appropriate for the national plan for music to fall within the education brief, as it would have a wider remit than music in schools.

"The committee has set the Welsh Government a real challenge in exploring how best to deal with the issue of music services and music provision, but it is a challenge that I am very happy to accept,” said Williams. “It may take some time to fully explore all the potential options available, but we will continue to monitor and evaluate the situation around existing provision in this area as well as taking steps, where we can, to alleviate those pressures.”

The committee’s chair Bethan Sayed said: "It is reassuring to hear that you are putting this at the front of the political agenda.”

Regarding the responsibility for the national plan, she added: “If the recommendations were refused, obviously as a committee, we need to go through them in fine detail to understand how we can progress them.”