A report commissioned by the Arts Council of Wales says it is entrenched in white supremacy and has ignored calls for change. It appears to be doing the same again. 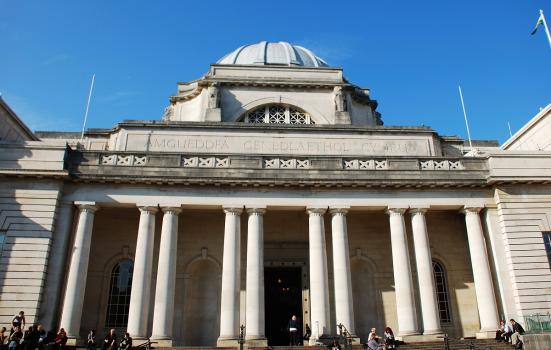 Arts funders in Wales are "upholding white supremacist ideology" and should directly fund artists of colour instead of forcing white-led organisations to diversify.

The recommendation comes from a report commissioned by the Arts Council of Wales (ACW) council and National Museum Wales - Amgueddfa Cymru (NMW) that says years of attempts to engage communities of colour have failed because the bodies "consistently ignored" calls for change in favour of smaller, more comfortable steps.

The institutions are incapable of changing the "perpetual exclusion" of people of colour from the arts on their own, and should establish a independent body that holds them accountable for grievances raised by people of colour in the arts.

The report, produced by the Welsh Arts Anti-Racist Union (WAARU) lists 64 demands, including ceasing funding for portfolio organisation that have inequitable pay gaps or have harmed diverse communities.

Two recommendations - making future commitments specific and time-sensitive and suspending recruitment of an Agent for Change - should have been pursued within 14 days.

But despite ACW and NMW receiving the report in July, no action has been taken. Their councils will meet in September to decide whether to accept or reject the demands, with an "action plan" expected later in autumn.

Neither institution responded to questions about why they didn't convene an extraordinary meeting to consider these urgent requests.

Arts professionals in Wales approached for comment did not want to wade into the debate, but expressed little faith this latest report would change anything.

Inc Arts, which advocates anti-racist practices in the sector, said it welcomed the report's recommendations for change.

"What's less heartening is the sense of repeat offending that the authors refer to. Building great dialogue is vital: we all have a role to play here, but change is what happens when we go beyond the words into behaviours.

"No funding body can or ought to rest easy with this report - its sentiment has resonance for all."

ACW and NMW's disregard for diverse communities "is not due to willful ignorance", the report concluded.

Instead, a "calculated and repetitive pattern" of commissioning research or training while senior figures, who speak publicly about change without pursuing it, use diversity work to make the case for their continued employment.

"There is no incentive for accountability," WAARU wrote.

"These ‘diversity reports’ provide a basis for Arts Council Wales and Amgueddfa Cymru to appear socially and morally driven to address the exclusion of Black and non-Black people of colour, without serious outcomes or changes.

"The outcomes are so minimal, and frankly quite rudimentary, that it makes no difference to [their] financial and social mobility."

The group recommends ACW set quotas for how much of their funding goes to organisations led by people of colour.

"White-led institutions are continuously encouraged (through support and funding) to diversify their workforces and cultural outputs, when it is clear that - for decades - they have had no such interest in doing so."

In a statement, ACW said the report is part of "a wider process of change" for itself and NMW.

The institutions want to improve the equity of their work and collaborate with communities "who have found us difficult to reach".

But the report says the organisations have exploited their labour through repeated ineffective consultations, and routinely dismiss Black and non-Black communities' art because they can't relate to it.

Project funding applicants were "exhausted" by having to explain their cultural heritage and how this was relevant - or irrelevant - to their work.

"In comparison, they did not believe that white individuals or organisations had to do the same, even if their work was very abstract."

Relaxing the emphasis on speaking Welsh would help, according to those consulted by WAARU.

They also said institutions focussed too heavily on communities not currently engaging with the arts without regard for people of colour already working in the sector.

ACW reacted with hostility to a Culture and Race Taskforce established by organisations in Wales' arts sector last year. Instead of working with the group, it set up its own taskforce.

Sources with knowledge of the situation described it as "petty" and a way of avoiding difficult questions.