Visual arts organisation ‘throws in the towel’ after 40 years

Exeter’s Spacex has marked its demise by publishing a satirical conversation around the imbalance of power between those in- and outside ACE’s regularly funded network. 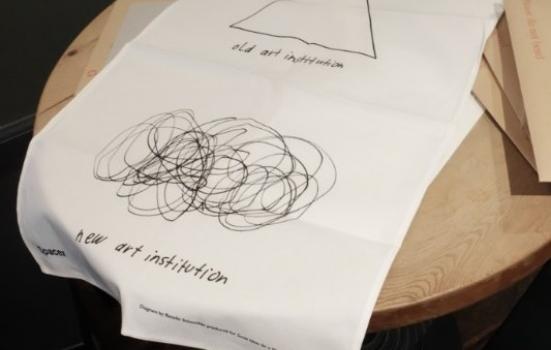 A South West visual arts organisation has been forced to close after more than four decades of operation as its programme has become “unsustainable” in the light of funding cuts.

Spacex, which opened in Exeter in 1974, was the only dedicated contemporary visual art organisation in Exeter, having collaborated with artists of national and international renown including Jeremy Deller, Phyllida Barlow, and Bridget Riley. It served an urban and rural area of almost 500,000 residents.

The organisation thanked audiences, artists and funders for their support but said the “difficult decision” is a direct result of being dropped from Arts Council England (ACE)’s National Portfolio in 2015. It was dropped from the portfolio for the 2015-18 funding round.

Since then, the organisation has operated with reduced staff and with support from ACE on a project-by-project basis.

“Spacex staff have worked generously despite the austerity of their situation to make things materialise for artists and audiences,” said Mark Waugh, Chair of Spacex.

“The organisation closes because without regular funding from Arts Council England our programme is unsustainable. But this leaves a question: What is the art institution of the future?”

The tea towels, sent out to selected organisations in the South West, feature an image produced by artist Rosalie Schweiker in the wake of the loss of regular ACE funding.

They are accompanied by a satirical conversation between an NPO and an arts organisation, represented by the tea towel, discussing the imbalance of power between those in- and outside ACE’s regularly funded network.

A Spacex spokesperson added: “An established organisation closing down is undoubtedly a loss. But it does make way for new perspectives and fresh thinking about how we could operate as a sector, and about how we can aspire to thrive in a tangle.

“We’re throwing in the towel. Hopefully, someone will catch it.”