Visa fast track only for elite of the elite

Home Secretary Priti Patel says the system aims to attract "the best and brightest", but there are fewer options for stars beyond the screen and stage. 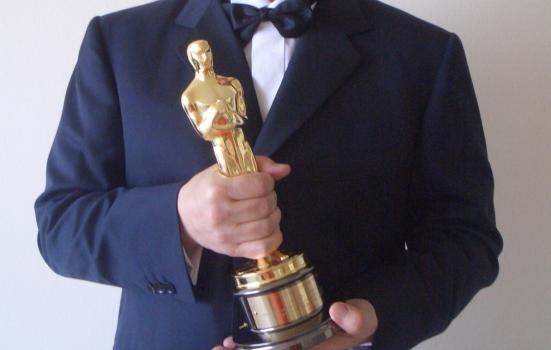 Oscar winners get a fast pass through the visa system - what are the options for less acclaimed?
Photo:

Oscar, Grammy and BAFTA award winners are being offered a fast pass to residency under changes to the UK's immigration system.

Global Talent Visas offer a five-year stay with potential to apply for indefinite leave to remain to leaders in their fields, including stars of film and television, fashion, design and architecture.

Applicants normally need an endorsement from Arts Council England or another designated body but guidance released this week removed that requirement for anyone who has won an eligible award.

The Global Talent visa is a new category introduced in February 2020 as part of the post-Brexit points-based immigration system, replacing the previous Exceptional Talent Visa.

Home Secretary Priti Patel said award winners had reached "the pinnacle of their career" and should have the freedom to contribute to the UK's cultural recovery.

"This is exactly what our new points-based immigration system was designed for - attracting the best and brightest based on the skills and talent they have, not where they have come from."

Gaining endorsement may be a challenge for the vast majority of applicants without an an eligible accolade.

Arts Council England requires three letters of support - one from a UK-based cultural organisation and two more from arts companies or a recognised individual here or abroad - as well as 10 pieces of supporting documentation as a portfolio of their work.

However, artists must also demonstrate "a substantial track record" in more than one country and proof of performances, publications or exhibitions in at least two countries - experience many have been unable to gain during the Covid-19 pandemic.

"There's a growing concern that this may continue... even after restrictions are eased.

"If those artists go to New York, Paris or Berlin rather than London then we blunt the UK’s reputation as one the world’s most culturally active cities in the world."

Applicants who don't meet the threshold can apply for a Skilled Worker Visa, but these are partly income based and many artists do not earn the minimum annual salary of £25,600.

Only elite international artists will be able to bypass the endorsement stage, a list released by the Home Office shows.

The list is heavily weighted towards the screen and stage: among the eligible awards are the Tonys, Oliviers, Golden Globes and the Brit Awards.

Classical musicians are limited to the Artist of the Year and Lifetime Achievement categories of the International Classical Music Awards or the Wihuri Sibelius Prize, and there are just three routes for dancers - the best male and female Critics Circle Awards or Outstanding Performer at the Bessie Awards.

A Nobel Prize in Literature is the sole qualification available for novelists looking to hasten the visa process. There is no apparent qualification for opera professionals.

Having these accolades makes the process faster, but not cheaper. An application costs £608 and must be made within three months of the travel date.

The application fee is reduced by £55 for most applicants from the European Union and a few other countries.