The ‘world first’ live music census also reveals key challenges for venues and information about the economic value of the industry. 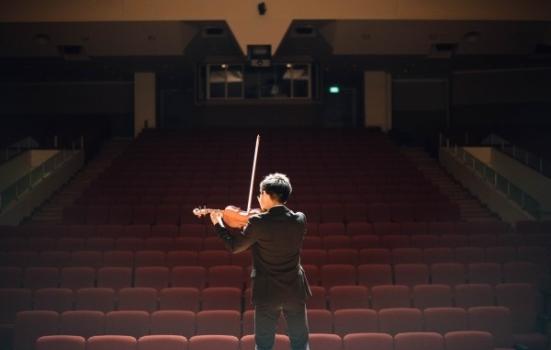 The financial instability facing professional musicians and the huge strain placed on music venues by rising business rates have been laid bare in a major new piece of research.

Over half of musicians worked unpaid over the past 12 months, and 66% of musicians who worked for free ‘exposure’ believe doing so did not benefit their career, according to the ‘world-first’ live music census.

It also reveals that in the past year one in three music venues have struggled to cope with a business rates increase and 27% of venues have been affected by noise complaints.

“This survey is the largest of its kind in the UK,” said Dr Matt Brennan, from the University of Edinburgh, one of three institutions that collaborated on the research.

“We hope it can influence the valuable contribution live music makes to wider society and help support the protection of the live music ecology.”

Academics from Newcastle, Edinburgh and Turku in Finland conducted the two-part research last spring, tracking performances at live music venues across the UK over a 24-hour period and conducting surveys among venues, promoters, musicians and audiences.

A third of the almost 200 live music venues surveyed said increases in business rates were having a negative impact on their organisation, and a similar proportion of smaller venues – those with a capacity of up to 350 people – noted issues around property development.

Venue closures, which have been widely reported in the press and are often the result of noise complaints, were a concern for many. 39% of smaller venues has been affected by closures and almost a third of promoters.

This has begun to be addressed in the UK, with Parliament recently expressing support for the Agent of Change bill, which would place the burden of complying with noise regulations on property developers if they build apartments near an existing music venue.

Low wages and the expectation on musicians to work for free were identified as a major challenge. 68% of musicians said stagnating pay was making it difficult for them to make a viable income, and this figure rose to 80% amongst those identifying as professional musicians.

Responding professional musicians indicated nearly half of their annual income now comes from performing live, compared with only 3% from recording.

The research found the public’s total annual spend on live music differs between cities across the UK. In Glasgow this was estimated to be £78.8m; in Newcastle, £43.6m; and in Oxford, £10.5m.

The audience survey found almost half will spend over £20 on tickets for concerts or festivals. Music fans are now twice as likely to spend this much on tickets for live events than they are for recorded music.

Ticket re-selling was found to be commonplace, with 44% of the 2,700 respondents saying they resold a ticket for a live event bought over the previous 12 months. But only 2% sold these tickets on for profit.

The importance of smaller venues to the live music economy was highlighted by the findings. Three quarters of audiences had visited small music venues over the past 12 months, and 74% had visited pubs and bars for live music.

Similarly, 67% of all musicians had performed in smaller venues, which rose to 78% of those that self-classified as ‘emerging’ or in their ‘formative years’.

The report raises concerns that many live music venues are “mostly inaccessible to the next generation of live music fans,” as 20% of responding venues said they were not generally open to under 18s.

The report authors said: “Just as population censuses have proved to have immense value beyond their initial remit, so too we hope that a regular UK live music census will help to better chart the ever-shifting trends within the sector.

“In doing so, it will allow researchers and policymakers alike to better understand how and why live music continues to be valued, and the challenges faced by those who create and enjoy it, as we move into 2018 and beyond.”

Is this research publically available? I couldn't find it on the AHRC website. Thanks
Hi Polly The Live Music Census is available here - hope it's of use. http://uklivemusiccensus.org/#report%20 Christy