UK nations back calls for Town of Culture award

MPs from Scotland, Northern Ireland, Wales and England spoke in favour of setting up a new award to rival the City of Culture award, which has been credited with rejuvenating areas of the UK. 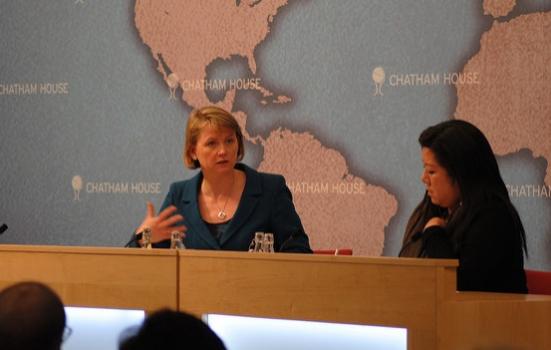 Yvette Cooper (left), one of the MPs to call on Culture Secretary Jeremy Wright to introduce a 'Town of Culture' award
Photo:

Speaking at a House of Commons debate on the proposed new scheme, politicians highlighted the strong cultural offer in the towns they represented and the clear potential for further growth.

They also expressed a “real sense of frustration” that there had been little discussion of the beneficial effect of culture on towns across the country, given the transformative effect of city-level culture awards on the winners’ local economies and public perception.

75% of those who visited Hull in 2017, during the city’s year as UK City of Culture, said the event had improved their perception of the city. Research also found tourism contributed more than £300m to the economy.

David Hanson MP, who convened the debate, suggested the award could be won by towns in Scotland, Northern Ireland, Wales and England – with perhaps “an overall town of culture for the whole United Kingdom”.

“I think there is merit in enabling towns to regenerate, promote themselves and participate, because they have a great deal to give,” he said.

He also rebuffed arguments that a new award was unnecessary because towns are already eligible for the UK City of Culture award, saying it is not possible for towns to compete with cities like Hull or Liverpool in terms of scale or ambition. “What they can do is have great activity in their own world, which the town can celebrate and look to promote in the future”.

MPs from Wales, Northern Ireland and Scotland made similar comments, with Paisley MP Gavin Newlands saying the award could “potentially unlock investment and bring a sense of pride back”.

Labour MP Yvette Cooper, who sent a letter to Culture Secretary Jeremy Wright last month asking for the award to be considered, said there were strong examples of culture across the country that are not celebrated “because we just do not have the investment we need”. She suggested the Town of Culture campaign should be part of a much wider programme of investment to ensure towns get a “fair share” of investment and jobs.

Ian Lucas, the MP for Wrexham, suggested the debate’s strong attendance indicated a “real sense of frustration” among non-city Members of Parliament that there had been insufficient discussion of the beneficial effect of culture on towns up and down the country”.

Gloria De Piero MP turned her attention to other funding streams, adding more could be done to enable towns to reach their full potential if there were “equitable distribution of lottery funding”. She spearheaded a campaign last year for National Lottery operator Camelot to be “more transparent” about where sales are made, to address concerns that people living in towns “are actually subsidising the funding of projects in cities, while their local areas miss out”.

Arts Minister Michael Ellis responded to the debate with a promise to discuss next steps with Culture Secretary Jeremy Wright.
Ellis stressed his belief that place-based cultural investment should be a key part of the local growth strategy “for all towns and cities in England”. He also drew attention to other Government schemes, such as the Cultural Development Fund, which recently announced £20m of funding for cultural and creative growth plans in regions across England.

“I am very happy to meet colleagues and interested partners to discuss the matter further, and I am keeping the situation under review,” he added.