Researchers say ongoing political turmoil has had a “clear, negative impact” on the country’s global standing. 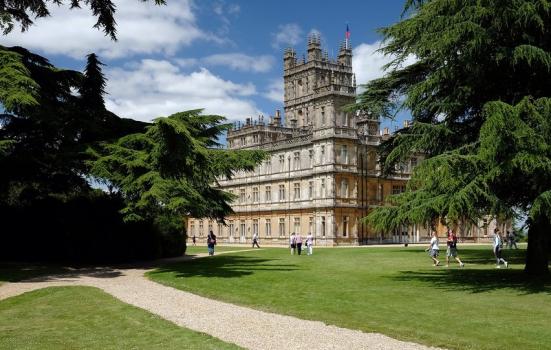 The UK has lost the top spot in an annual index of global soft power, despite being praised for the strength of its culture.

The country has slipped to second place behind France in the overall ranking of 30 nations, in part due to uncertainty resulting from the Brexit vote.

The UK retained its second place from 2018 for culture, based on quality, international reach and appeal.

The country sits behind the US and ahead of France in this category. The report highlights the “enormous global appeal” of British art film, music and sport. “British music, in particular, has captured an outsized share of the world’s listening, largely credited to Ed Sheeran,” it says.

The report notes that the success of British pop culture extends beyond music. “British television and film have had a strong decade with Harry Potter, Sherlock, The Crown, Downton Abbey, and James Bond all attracting huge global audiences,” it says. “Even Game of Thrones has been a boon for British tourism, drawing international visitors to previously under-visited corners of Northern Ireland.”

The report adds that UK tourism continues to flourish thanks to the “abundance of museums, galleries, and theatres”.

It says British soft power is cultivated through institutions such as the British Council and the BBC World Service.

Sir Ciarán Devane, chief executive of the British Council, said the fact that the UK has remained in the top two in the overall ranking for a fourth year demonstrated that soft power was “about much more than current politics”.

“Our universities and our arts organisations, our creativity and our entrepreneurship, our language, technology and our culture, they all help the UK be seen as a place to be admired, respected and trusted,” he said.

“Sustaining that trust however means we need to be active on the global stage, contributing to societies around the world. Just as important, we must provide our young people with international experiences to support them to be truly global in outlook, proud of who they are while open to new ideas and experiences.”

France reclaimed the overall lead it last held in 2017. Devane said its first place was “well-deserved”.

“It values international political cooperation, but also shares its enthusiasm for arts and culture through its extensive cultural and language teaching centres,” he said. “The effect is to build its reputation as a country to be respected around the world.”

The UK retained its third place ranking in the digital category and rose from third to second in education.

But a weaker polling performance - the UK dropped from sixth to 10th - contributed to the country’s slip in the overall ranking. International polling data, which includes public perceptions of culture, cuisine, tech products, friendliness, luxury goods, foreign policy and liveability, is weighted to make up 35 per cent of a country’s overall score.

The UK also lost ground on last year in the enterprise, government and engagement categories.

Jonathan McClory, lead author of the Soft Power 30 report and Portland’s General Manager for Asia, said: “Ever since the UK voted to leave the European Union, Brexit has overtaken British politics, dominating news headlines and stifling the UK’s economy.

“The political turmoil around the UK’s upcoming exit from the Union has had a clear, negative impact on its global reputation, which is likely to worsen further while uncertainty around the country’s global position remains.”

The US fell to fifth place, its lowest-ever ranking in the Soft Power 30, while Sweden broke into the top five for the first time.