UK has three months to save touring, sector warns

DCMS hopes to start discussions with individual EU states in the coming weeks, but industry figures say time is running out to find practical and affordable solutions. 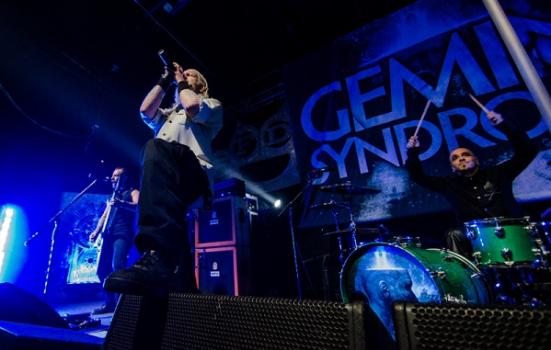 The UK has about three months to negotiate feasible ways of touring in the EU to avoid irreparable damage to the creative sectors.

The timeline, set out by key industry figures on Tuesday, places pressure on the Government to begin conversations with EU member states soon as it continues to reject calls to proactively reopen EU bloc negotiations.

Alastair Jones, Deputy Director of the Creative and Cultural Touring Project, told MPs that DCMS would open discussions with individual states "potentially as soon as" the end of February: "Those conversations are happening within Government now; they will happen with member states very shortly."

DCMS will work with the Department for Transport, arm's-length agencies like arts councils, and about 15 representatives from sector organisations to form proposals to take into negotiations in the coming weeks.

"It's not just a case of talking about these issues. We want to make sure the problems are understood and we find solutions," Jones said.

The Government is also considering establishing a UK Export Office and talking to Treasury about financial support for touring organisations dealing with greater regulatory hurdles.

But the sector needs clarity and solutions now, the DCMS Select Committee heard. Production Guild CEO Lyndsay Duthie said there was a risk that pan-European film and television companies would relocate out of the UK, while Deborah Annetts, ISM Chief Executive, warned that emerging talent would lose up to 50% of their income and UK touring hauliers face "imminent insolvency".

"We have about four months, I would say," Annetts commented.

The UK's touring offer to the EU is "already very strong" and unlikely to be improved upon, DCMS Minister Caroline Dinenage told MPs: "We're would really just hope that the EU would match that."

"I think the Home Office would be very interested in the visa proposals that the EU put forward if they were firm guarantees, if they were actually binding, which they weren't, if they delivered what they need, which they didn't, and if they didn't ask us to sign up to something that no other G7 nation has signed up to with the EU.

She added that DCMS would "use every power in our arsenal" to forge good bilateral agreements for touring companies.

"It's not a zero sum game; there are going to be economic disadvantages for the EU as well."

Annetts said UK music adds hugely to the European festival scene: "I think we have to make that economic argument."

"I hope that we could have an adult conversation with the European Commission to try and sort out the visa issue. We do believe there was a bit of a dropping off the ball here and an agreement could have been worked out if there have been specific focus and involvement of the music industry.

"[Yesterday], I was told that Government absolutely have our backs and are committed to sorting this out, so I hope that's true."

DCMS was not directly involved in Brexit negotiations over visas and work permits and didn't receive any "feedback" during the process.

Dinenage said: "There were negotiations across a set of different ministerial portfolios. We set out what our sectors wanted. We didn't really get any feedback while the negotiations were ongoing."

While Duthie said the issue for producers now is the "conflicting information from the UK and EU states", Constable said "there's complicated and there's impossible".

"We cannot see a model for how we can continue to be successful under the current situation."