The UK will not seek to stay in the programme next year or commit to funding any alternatives to the chagrin of the Scottish Government. 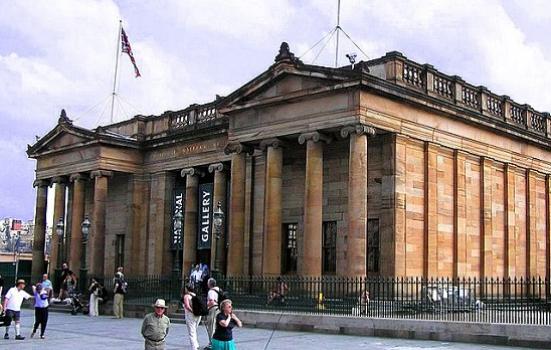 The National Gallery of Scotland, pictured, has been a beneficiary of Creative Europe funding.
Photo:

Scotland’s Culture Secretary has called the UK’s Government’s decision to exclude itself from future participation in Creative Europe “inconceivable”.

DCMS has confirmed the UK will not try to stay in the scheme as it negotiates a post-Brexit trading relationship with the European Union (EU). A spokesperson expressed the UK’s commitment to supporting the cultural and creative sectors on an international stage but said any domestic alternatives to Creative Europe – which awarded €20.9m to projects involving British organisations in 2019 alone – “will be a consideration” in the Spending Review later this year.

Fiona Hyslop is urgently seeking a meeting with new Culture Secretary of State Oliver Dowden to express the Scottish Government’s concerns: “There was no need to take the programme off the table, as it is entirely possible to participate as a non-EU state.”

“The type of cultural exchange and collaboration Creative Europe facilitates and the cultural innovation the programme supports can only be achieved through its unique transnational framework. By deciding to end our participation in the programme the UK Government is erecting barriers to continued cultural exchange and sending the message that it is closing itself off to our nearest neighbours,” she said.

"This decision maps out a future of poverty, not only in financial terms, but in our ideas, networks and creative opportunities."

While the UK’s participation in Creative Europe after 2020 was never assured, many hoped the country would continue as a non-EU member. Creative Europe Desk UK says 2014 - 2020 programme participants will be unaffected even if their projects continue after 1 January 2021.

But there is no word on whether UK organisations will be able to partner on Creative Europe projects led by European organisations.

The Government says it will consider participating in some EU programmes if financial contributions are “fair and appropriate” and “it is in the UK’s and EU’s interest that we do so”.

It has highlighted education exchange Erasmus+ as one programme it is interested in continuing “on a time-limited basis”. But the UK’s policy on approaching negotiations with the EU does not mention other schemes that provide arts funding such as Interreg, the European Social Fund and European Regional Development fund.

Studies commissioned by Arts Council England and the Arts Council of Wales have indicated EU funding respectively contributes about £40m and £2.3m a year to arts and culture in those countries.

Creative Europe has provided more than €51.4m to British-led projects since 2014, according to data released by the European Commission. Though much of this went to the audiovisual and gaming sectors, about €23m was granted to art galleries, festivals, theatres, operas, orchestras and arts education projects.

A British Council spokesperson said: “Innovation and creativity underpin a successful economy and we look forward to working with our partners around the world to support continued international connections for artists and art, building on the strengths of Creative Europe.”

Bectu is lobbying for replacement funding and will question ministers about the decision not to participate as a third country. Head of the union Philippa Childs said Creative Europe provided seed funding for independent British filmmakers “trying to survive in a market dominated by American products”.

“There are clear economic arguments for this funding to remain in place. The Government must not take the success of our creative industries for granted in a post-Brexit economy.”

The Independent Cinema Office, which received €390,000 in Creative Europe funding over the past five years, said it was “shocked and saddened to hear membership of Creative Europe has not been prioritised as part of EU Brexit negotiations”.